Above, Bryanna Wilson of Howell takes over the state lead with her 119-10 discus throw.

A HUGE weekend of track and field for New Jersey. Here is your central hub for all the latest results, news,  and media coverage. More will be added as the weekend moves along.

Results and Coverage from Week 3

Results can be found below. While I will be noting top performances from each meet, please understand I cannot list everyone in this article or it wouldn't be highlights. Check the full results linked through each meet header or our Elite Performances article for an even closer look. Great week everyone!

Wait.. what?! Yes. That's correct, Luis Peralta won the Dominican National Championship in the 800m this past week. Check out the interview and recap above for more details, the Passaic junior put down a US#1 time of 1:50.62 for the victory. 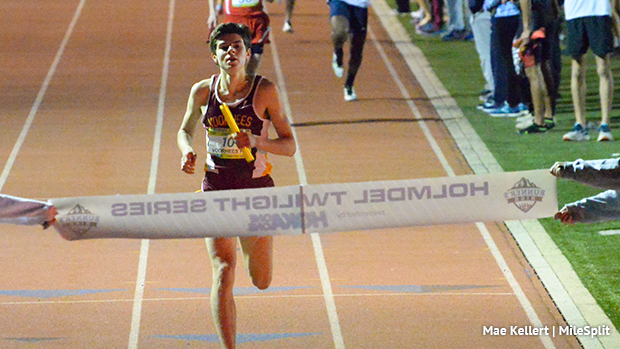 What a great meet, at the time this completely rewrote the 4x800m rankings and even after this weekend these times still match up great. Voorhees now ranks NJ#1 in both the DMR and 4x800m after their 4x8 run of 7:59.72. West Windsor Plainsboro North boys 10:34.49 NJ#4 and Randolph 12:21.53 NJ#2 have a great night in the DMR. Check out the full recap linked above and you can watch all of these races on the meet page.

The top New Jersey freshman boys time in the 400m was run here. Adam Gorka of South Brunswick is the fastest frosh so far with his 51.75 NJ#10. Check the full results for more.

Small meet but a solid start to a brand new series, check the full results.

We had a few New Jersey teams compete, you can check their full team breakdowns here. Pennsauken had a solid meet, their 4x100m ranks NJ#5 with their winning time of 49.29 and they also struck gold in the 4x200m running 1:45.13 NJ#7.  Freshman Jade Pope won the high jump with a 5-03 bar.

Indian Hills made their way to one of track and field's most iconic locations, Hayward Field in Eugene, OR. The boys DMR did well finishing third with a time of 10:37.57 to rank NJ#6.  Madeline and Corinne Barney had solid runs in the 3000m as well with times of 10:27.18 and 10:27.70. For their full team breakdown continue here. 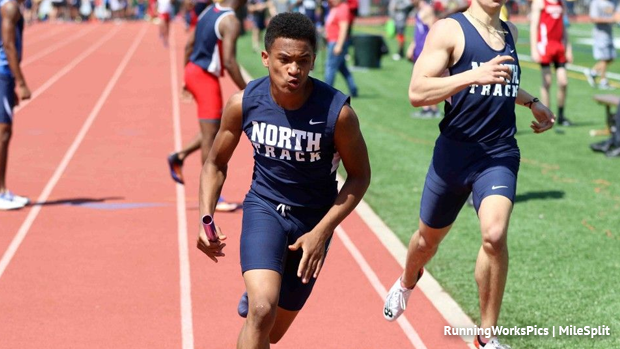 Rancocas Valley senior Nick Mirabelli continues his great start to the season with his second straight javelin meet over 200 feet. He won the jav with a mark of 202-04, already ranks NJ#1 US#2 at 220-10, and also won the discus with a 147-02.

Sincere Rhea of St. Augustine Prep ran a state leading time of 14.45 to win the 110m hurdles. The indoor 55m hurdles Meet of Champions winner was also second in the 300m hurdles at this Bensalem meet with a time of 42.55.

Kamron Kobolak launched a NJ#3 shot put mark of 57-0.5 to win the Pennsylvania hosted meet. The Cinnaminson senior is just the third thrower over 57 feet for New Jersey so far this season. Kobolak also finished second in the discus with a 155-08 NJ#9, teammate Luke Adams third at 155-06 NJ#10.

The Pleasantville boys earn the victory in the SMR with their 3:39.04. Kobe Roberts of Mainland Regional won the javelin throwing 177-11, he already ranks NJ#2 thanks to his 197-01 at the Buena Relays. Tyler Anzisi's 156-09 win in the discus for Egg Harbor Twp cracked the top ten in the state, ranked NJ#7. 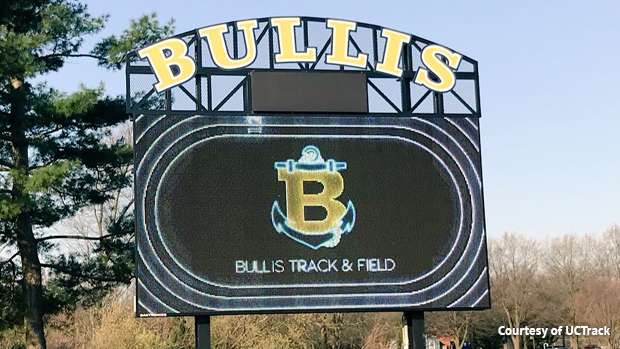 Plenty of great New Jersey performances at this one, definitely give Jim Lambert's recap a look. Overall there were six boys and six girls state leading performances from this Maryland showdown. For the boys East Orange's SMR rocked the meet winning with a US#8 time of 3:30.91. Nick Parisi of Seton Hall Prep ran two NJ#1s with his 21.90 in the 200m and a second place 48.65 for the 400m. Deptford finished fourth in the 4x100m running 42.54 NJ#1. West Side had two boys stand out as state leaders with Jakai Coker placing second in the 400m hurdles at 54.69 and Isaiah Greene fourth in the 300m hurdles 39.63.

State leader alert! In the discus Justin Gurth of Parsippany Hills launched a mark of 180-05 to take over NJ#1 by over four feet. This was a massive PR for Gurth who's best was a 164-07 for third at the Meet of Champions last spring. 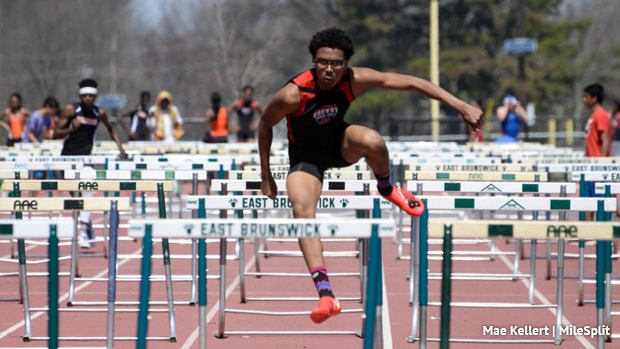 A shuttle hurdle showdown! The two top teams in the state so far this season went head to head. Holmdel had a hot start to April but Rahway unseated their NJ#1 status with their 1:00.51 victory at the East Brunswick Invite on Saturday. Holmdel was second at 1:00.96, these teams are now NJ#1 and #2 in the shuttle hurdles. The girls shuttle also ran well with South Brunswick out front running 1:05.72 for NJ#7.

New Jersey's Paramus and Westwood attended this meet. Paramus posted a 3:42.06 for fourth in the boys SMR.

Mark Anselmi of Middletown South improved his outdoor PR by four inches clearing 6-08 and moves to NJ#1 this season. Only a junior he cleared 6-09 this past indoor. As you can watch above freshman Bryanna Wilson of Howell took over the state lead in the discus with her NJ#1 throw of 119-10. Manasquan ran a state leading time in the 4x1600m with their 18:52.63.

Aliyah Taylor of Rancocas Valley has a strong individual start to her season with a 200m victory at 24.61 NJ#1. That is a major outdoor PR for the sprinting talent, she's hit a 24.61 indoors before during New Balance Nationals Indoor. The Seneca girls move up to NJ#3 in the 4x800m with their winning time of 9:32.10. Cassie Hoxit of Lenape cleared 10-06 in the pole vault to win.

Tenafly was the only New Jersey team in attendance, check out their full team breakdown here.

As usual as one of the more competitive conferences Skyland Relays brought some great performances.

For the boys C.J. Licata of Gill St. Bernard's dominated the throws winning both the shot put with a NJ#1 62-06.25 and the discus throwing 176-0 NJ#2.  David Bausmith of Hunterdon Central moved to the state lead with his 14-06 vault. Also in the field Ryan Cashman of Montgomery continued to roll with a 45-10.5 mark in the triple jump.

Now to the girls meet where five state leading performances came through. In the pole vault Francesca Porambo of Bernards cleared 12-0 now NJ#1. There were four girls over 11-0 at this meet, Caroline Dannenbaum was over the 11-06 bar NJ#2.

Reanda Richards of West Essex opened her 400m hurdles season with a bang running 59.21 to take over US#1. This is the sixth straight sub-60 race going back to last year when she was second at MOCs only to Sydney McLaughlin and fifth at New Balance Nationals Outdoor as a junior. She also won the 100m hurdles at this meet with a time of 14.96 to rank NJ#3. Shelby Bigsby of Montclair, the state leader in the shot put, threw another great mark of 43-7. To finish the girls highlights, Kassidy Mulryne of Allentown cleared 5-06 in the high jump NJ#2.