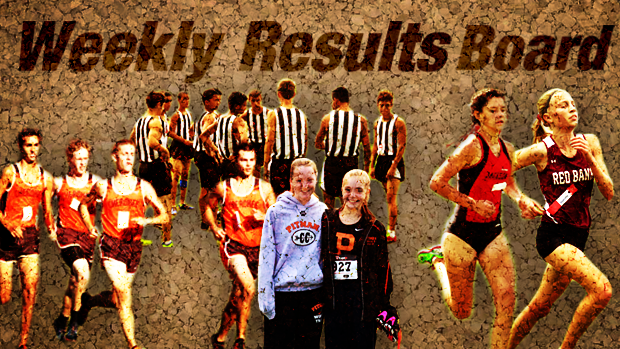 Holy results Batman! XC is back.

Ridgewood girls average 21:14 through their top five and only split 1:03! Josette Norris of Tenafly opens season with a huge win running the fastest time by 32 seconds! Ridgewood strikes an overall victory on the boys side as well with an impressive 17:17 average and only a 38 SECOND TEAM SPLIT! That team performance was lead by Kotaro Tamura (17:05), David Frering (17:06), and Kenny Marshall (17:06)! 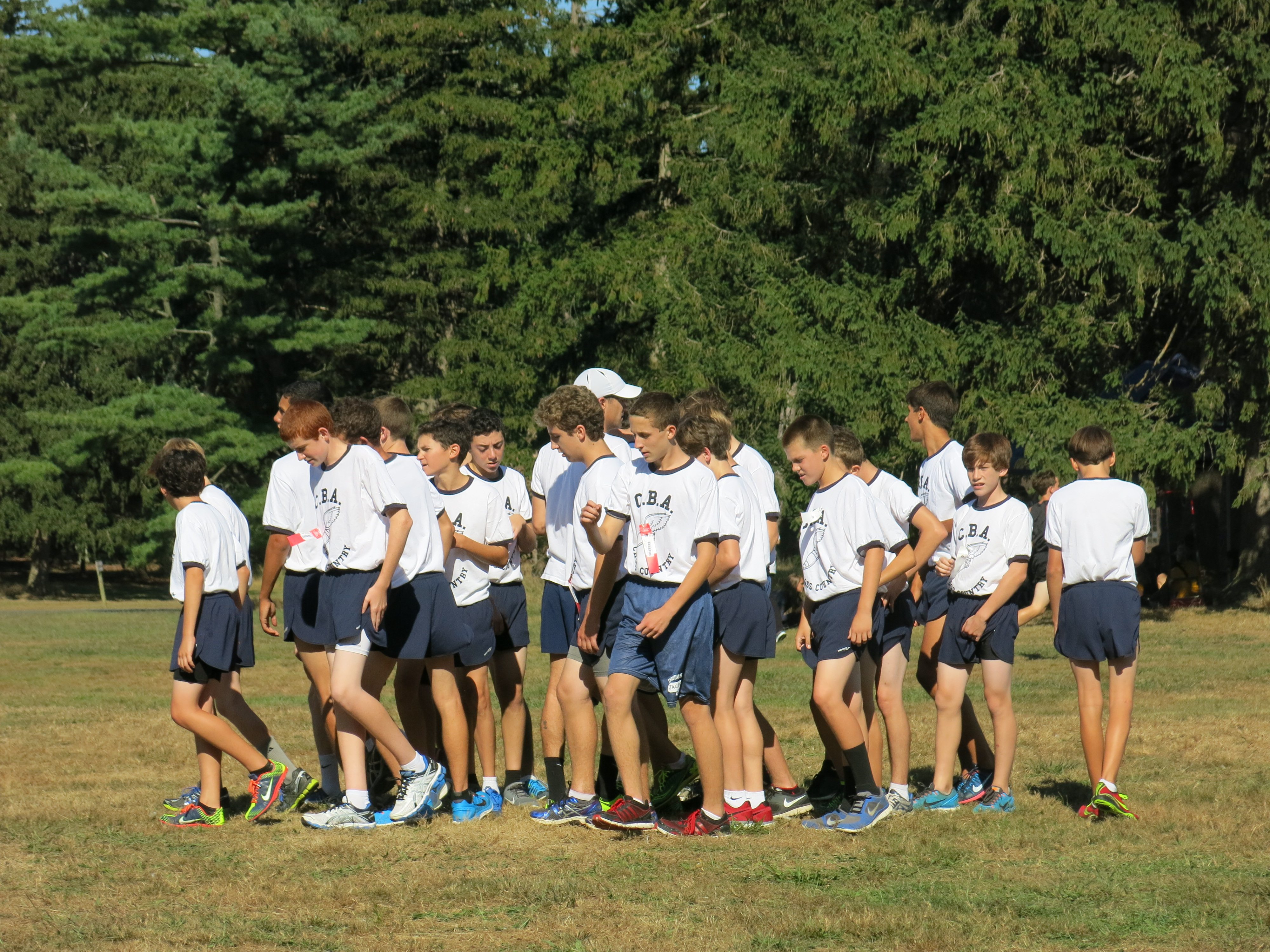 Christian Brothers unleashes it's freshmen army at the Battle of OCP. / Photo / Megan Ford for MileSplit

Kyle Kroon of Toms River South and Marin Warner of Holmdel both annihilate the meet records. Kroon, a top contender in the state championship race and senior had the fastest time on the day by a long shot running 15:25. That ranks him 25th all time at Ocean County Park for the Shore Conference. Marin Warner a junior and another top runner in the state won the junior race handily in a time of 18:15, she won the sophomore race last year as well with a 18:51.

Hannah Leskow had a great opening race to her XC career finishing 2nd overall on the day with an 18:36, the senior could have some great things to come as we head into the season.

Following Kroon's great opening performance Holmdel boys finished the top four of their five in the first eight finishers, the team went 2-3-6-8-28 on the day when combined. Kevin Veltre of Brick Memorial had a great opening race to his season as well with a time of 16:27 almost breaking his personal best race from last year at the same venue, only shows how far he could push his limits as the season goes on from here.

When we combine the 5k results from each class it is easy to see how great of a day Holmdel posted. Winning both the guys and girls. Top 5 Girls Teams ranked as so: Holmdel, Middletown South, Seneca, Toms River North, Brick Memorial. Holmdel had their top five finish within the first 21 placers and an average time of 19:40. Middletown South had a nice team split of 1:30 lead by Christiana Rutkowski 19:08, Toms River North girls always bring the competition. Seneca HS was lead by seniors Mara Schiffhauer third overall 18:42 and Stephanie Flemming 19:13, but everyone should also keep on eye on the young up and comer Joey Webb the sophomore took tenth overall with a 19:30. Brick Memorial should have a hat tip here too, their top four went 9-11-12-14 overall, two of those young sophomores Dayna Luma and Hope Beyer running 19:25 and 19:35 if they can get a fifth runner to finish off their top five they could be dangerous.


This was a new meet, a small one this year but hopefully it will grow in coming seasons. Girls had a better turn out than the boys, Monsignor Donovan took the girls title with 40 points, a four point lead over Machester Twp. The individual girls race was won by Morgan Blusewicz of Toms River East at 20:43.69.  On the Boys side Pinelands dominated Cedar Creek 17 to 44, Jeremy Doll with the winning time of 19:24

**ARTICLE HAS BEEN POSTED SO YOU CAN SEE RESULTS, STILL WORKING ON SOME RECAPS THROUGH THE NIGHT!!

Notes to come... but I can tell you one thing Brianna Gess ran her first High School race as a freshman at the Cherokee Challenge!! She won posting a 10:54.97 in the 3200m!!! 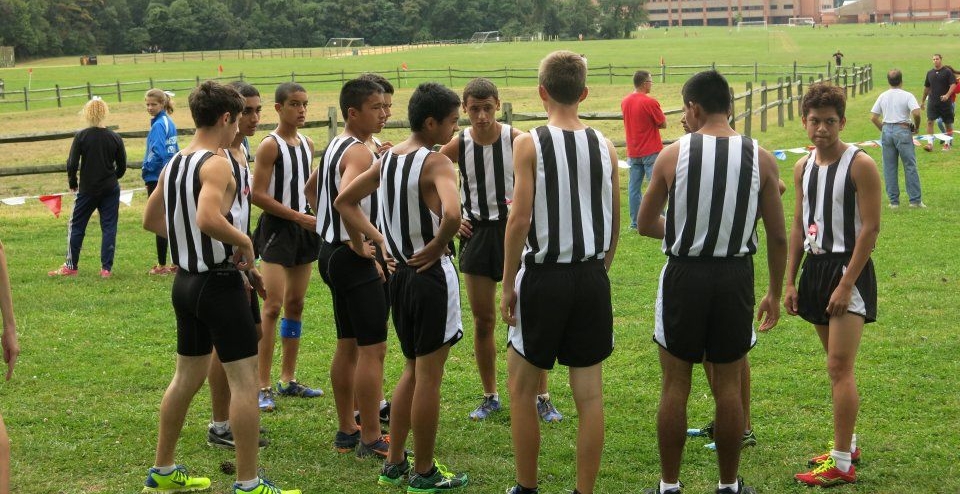 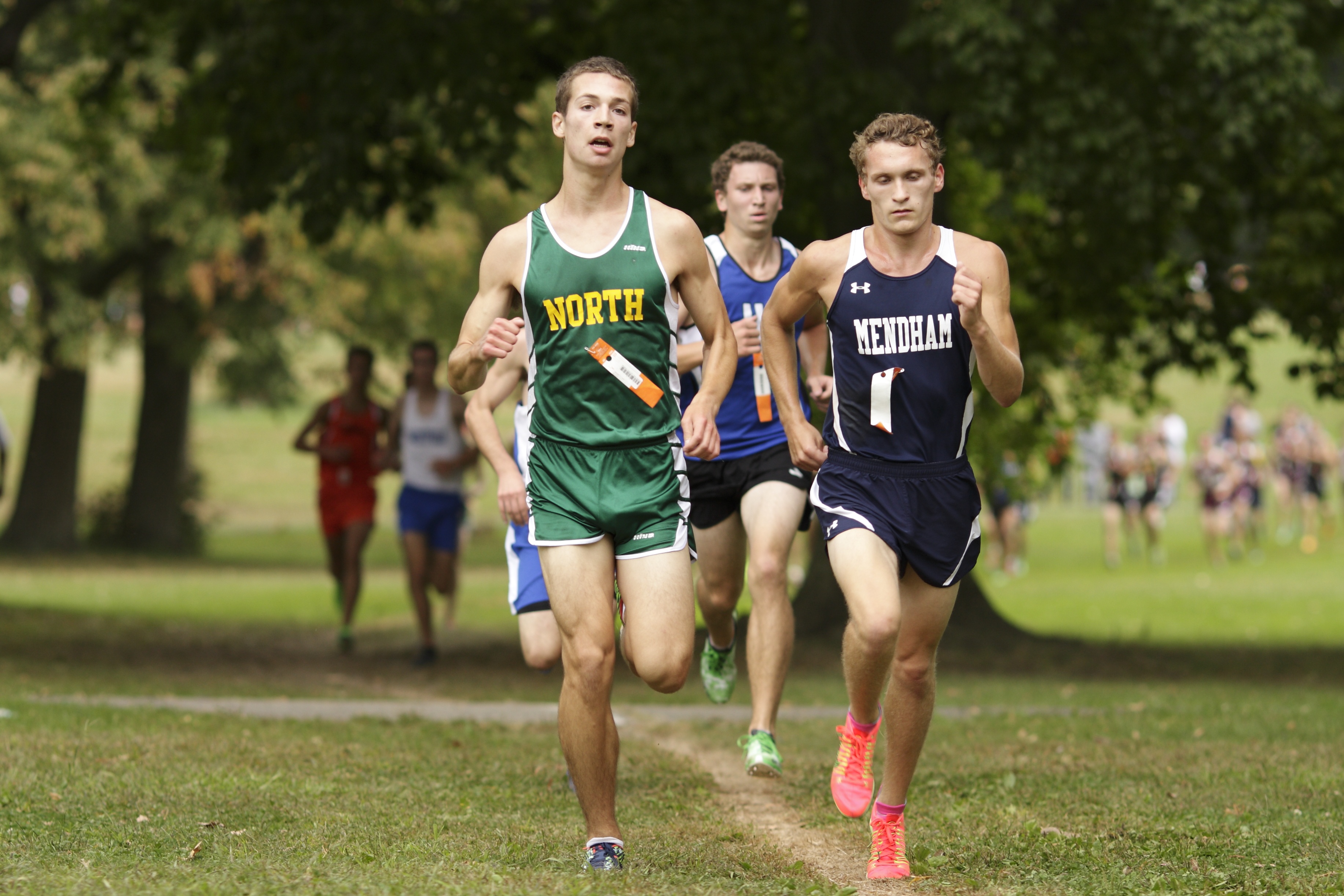 Photo / Dave Folsom for MileSplit / Senior David Mugavero breaks out to finish with the overall time! (Green)
Notes to come...

Some great performances flying out of the Bernie Magee! Senior David Mugavero of North Hunterdon HS had a great break out race running the overall boys time at the meet of 16:18! That's a personal best in the 5250m race length and is only four seconds off his best 5000m time! He managed to beat out Simmit HS's Leland Jones (16:27) and Westfield's Matt Luppino (16:27) in the overall standings! Great to see him running at this high level early after dealing with injuries in track. For the boys there were 796 runners in 5250m races, in the end the overall best boys team performance went to South Brunswick with a hypothetical 87 points and a 16:58 team average! Westfield and Mendham bringing up the top three.

On the girls side Eve Glasergreen of North Hunterdon continues to impress the state XC followers as she runs the top time at the meet, maybe on of the more impressive on the day of 19:09 in the 5250m race. She took first overall in the junior section by almost a minute. Her teammate Cailyn Lavigne was right up there as well hitting a 19:23! The second best time at the meet. North Hunterdon would have to bow down to Rumson-Fair Haven in the combined results however. R-F Haven would have hypothetically scored 36 points in a demanding lead, their team average was a 20:11 and had a top five split on only 49 seconds!! 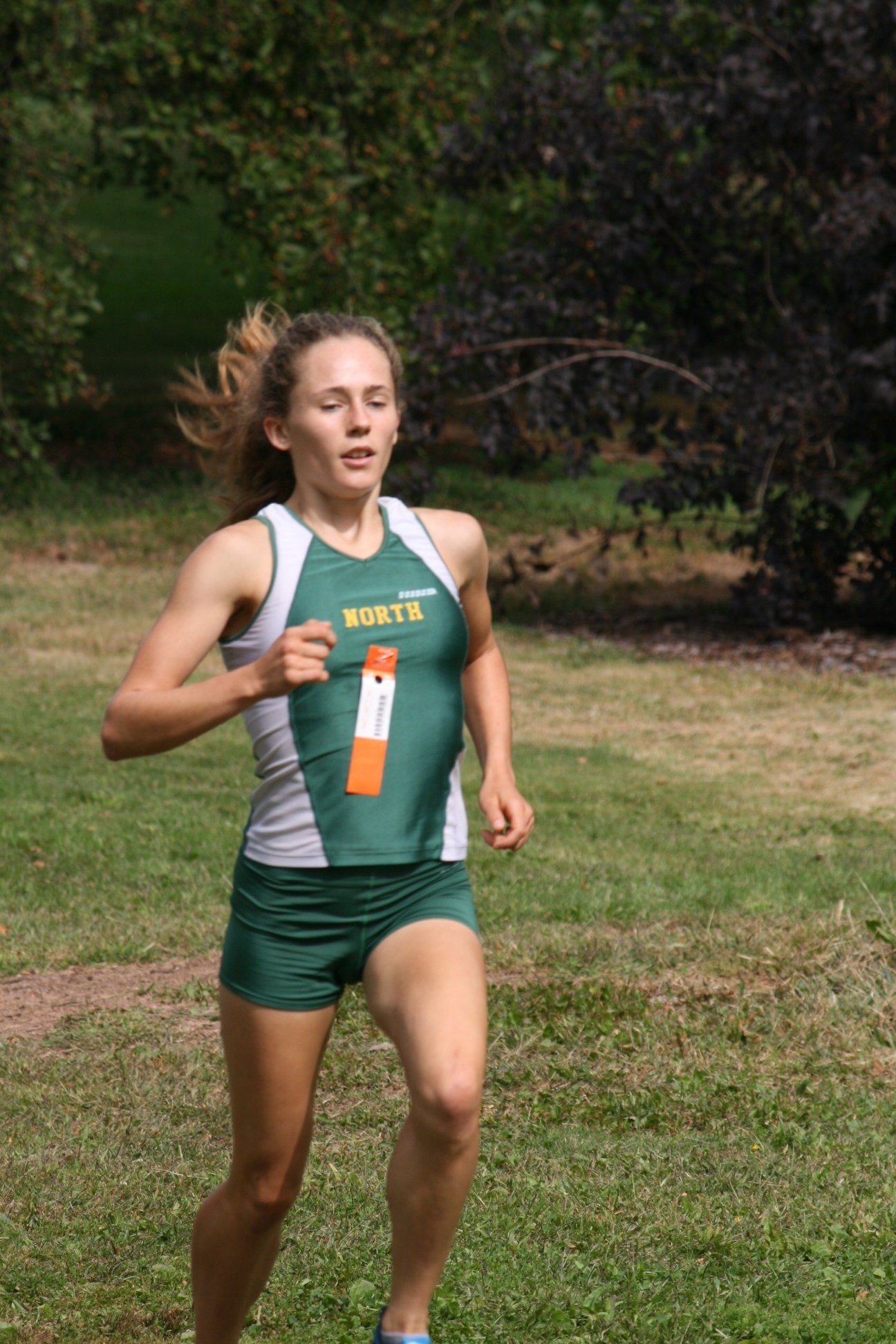 Eve Glasergreen of North Hunterdon cruises to a great finish at this early season meet. / Photo thanks to Jim Crossin!

Clarissa Modde of Voorhees hits the fastest time at the girls meet by over twenty seconds! The senior ran 18:43 to win the girls varsity main. While Voorhees went 1-3-9-17, that three spot coming from Meaghan Driscoll with a 19:14, they would eventually be out done by Mount Olive by a score of 22 to 30. Mount Olive girls were lead by Sarah Masukewicz in second with a 19:07, followed by Alexandra Christian and Sara Christian at 4-5 running times of 19:29 and 19:41. Mariah Christian would finish the top four in twelfth with a 20:28. Team average was an impressive 19:41.

On the boys side of things our leader was Matthew Weintraub, the senior from Morris Hills ran a 16:50. That's a great early season time for him as it is only a few seconds off his personal best 5k. His first place efforts set the tone for the rest of his squad as Morris Hills would take the team victory as well with a team average of 17:10 going 1-7-10-11. John Dennehy, Michael Gosden, and Kyle O'Connor finishing the the path to victory.