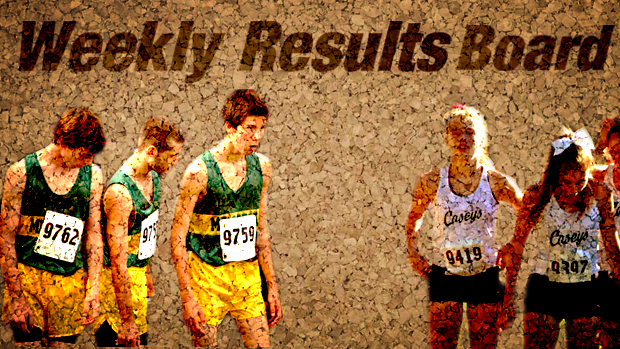 Be sure to check out the opening week action including athletes of the week, pictures, video and more all right here.

Boys Top 5 Times of the Meet (*Varsity A Race was cut short due to storms, no times)

Girls Top 5 Times of the Meet

Varsity A Boys Race was won by Saint Peter's Prep with 46 points over Indian Hills with 57. The race was cut short due to severe thunderstorms so we won't know the times but St. Peter's is definitely starting to draw some attention with their work so far this season.

Immaculate Heart took the Varsity Girl Large School race with 30 points, a 12 point lead over Academy of the Holy Angels. Immaculate Heart was lead by an awesome 2-3-4 pack finish with Erin Ahearn clocking 19:45, Colleen Buckley 19:46, and FRESHMAN Gianna Tabbachino 19:47. The large school race individual winner was Lydon Kersting of Holy Angels with a finishing time of 19:34.

The small school girls race was taken in a close one by Cresskill with 78 points to Rutherford's second place 81 points and Eastern Christian's 82 points! Now that's a fun finish. Cresskill was lead by senior Danielle Dallara with a 21:12, but the individual race was taken by Rutherford's senior Katie Sullivan at 20:02, the fifth best time at the meet that day.

Bergen Catholic boys win the 4k Varsity race with 79 points, and the freshman run with 65 points. The varsity team was lead by a strong three pack finish with junior Tom Selvaggi at the head in ninth with a time of 13:45.74. His teammates Joey Ludwig and Michael Sondej finished tenth and eleventh with respective times of 13:47.05 and 13:48.80. The winning individual time came from Bronxville senior John Flannery at 12:51.16.

The freshman Bergen Catholic boys were lead by the first place finish posted at 8:49.69 by Caleb Shaia! Raritan's Donavan Hackley (9:00.47) and Manchester Twp's John Davern (9:05.05) made the top six freshmen in this New York meet as well.

St. Dominic Academy Invitational
MEET RESULTS
VOORHEES! The Voorhees boys rock the varsity race with a top three sweep of Chris Thompson (17:16), Nick Raefski (17:29), and Robert Whitney (17:38)! St. Benedict's Benjamin Guerin and Rahway's Harlan Clarke finished up the top five in the boy's race running times of 17:46 and 17:48. Voorhees would end up finished first as a team with 45 points going 1-2-3-9-30. They were 41 points ahead of second place Saint Peter's Prep who were lead by ninth place junior Alex Alberti with an 18:00.
RED BANK CATHOLIC! Not to be out done by the Voorhees boys the RBC girls put on an opening season show. The girls went 1-3-4-5-7 in the varsity race finishing first with only 20 points! The RBC domination was driven by the winning individual junior Eryn Mills who finished with a 19:45 in the 5350 meter race. Her great stand out performance was followed up by quality pack work thanks to Megan Coakley third 20:08, Emily Rienzo fourth 20:11, Gracie Eckstein fifth 20:18, and Shayne McNally seventh 20:26. Even their extra runners would have saved them if a tiebreaker reared its head, in twelfth Gabrielle Ferrigine 20:32 and Megan Cronk in seventeenth with 20:42! The second place team was Rumson=Fair Haven with 60 points, lead by senior Jacqueline Gottuso in second with 20:00 and Megan Hellman in sixth with 20:25.
In the freshman races RBC would win the girls race with 33 points lead by first place Mae Corrigan at 14:12. The boys race was won individually by Delbarton's Joey Defeo and Anthony Kearns taking first and second, however Rumson-Fair Haven frosh boys make a the comeback happen winning with 42 points lead by Arthur Beyer in third place! No boy's times were given for the freshman race unfortunately. 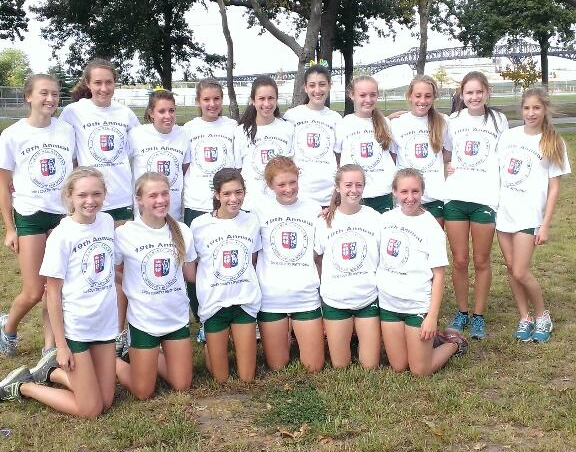 Picture thanks to RBC Coach Rob DeFilippis through twitter.

Villa Walsh September Fest
MEET RESULTS
Fastest girls 5k on the day came from the September Fest at Villa Walsh. Brennan Sharkey lead her West Morris Central squad to a dominant 32 point team victory, she finished with a time of 19:29.87. She didn't do it alone though the West Morris Central girls went 1-2-3-12-14! And their sixth and seventh runners took the 16-21 spots. Senior Kylene Cochrane and sophomore Sierra Castaneda were the two right behind Brennan in the chute with a 21:15 and 21:17 posting. Nicole Mazzei 22:54 brought up twelfth and Samantha Miller fourteenth to round out the team's winning top five. 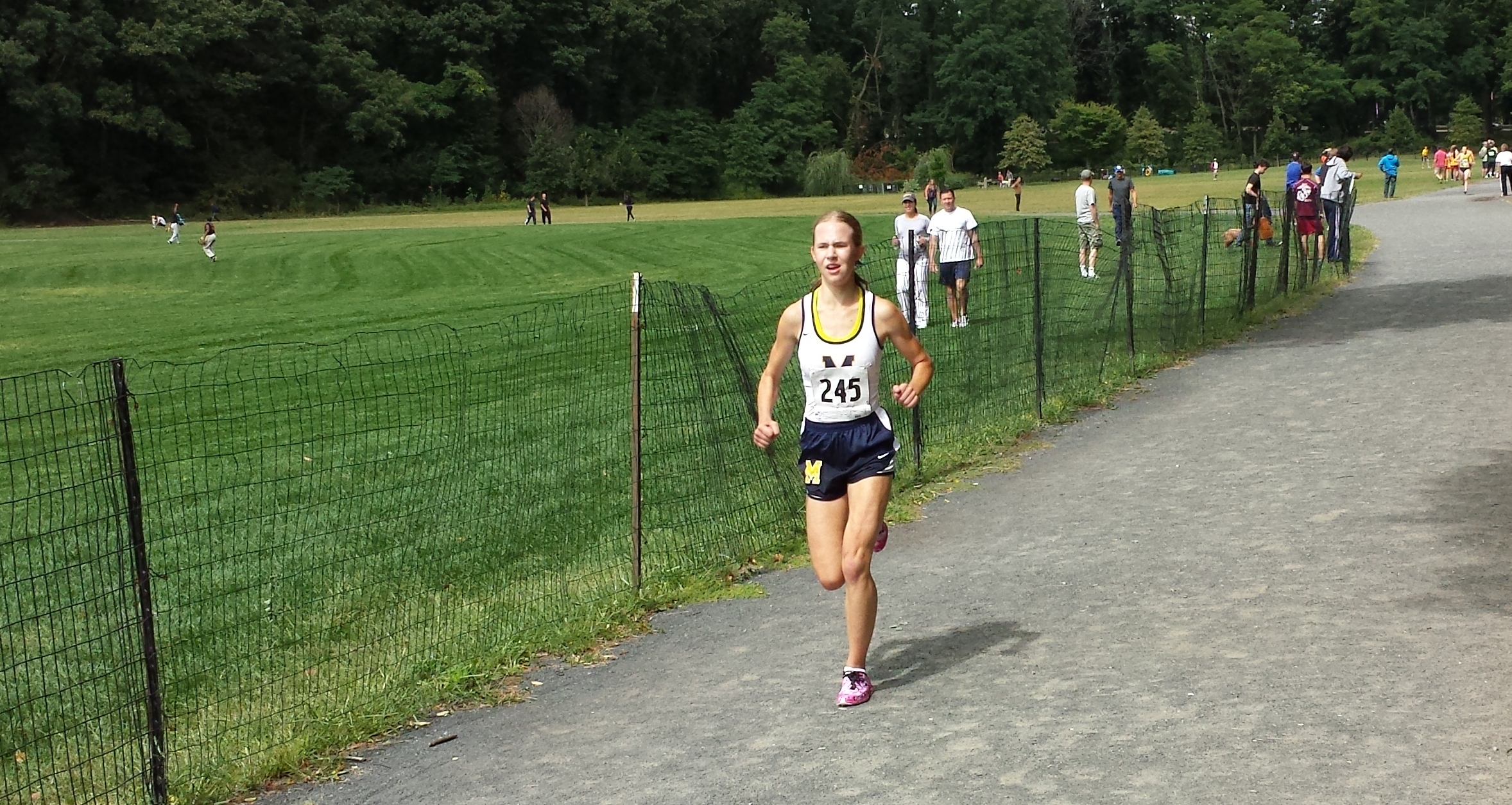 Photo by Kyle Brazeil for MileSplit