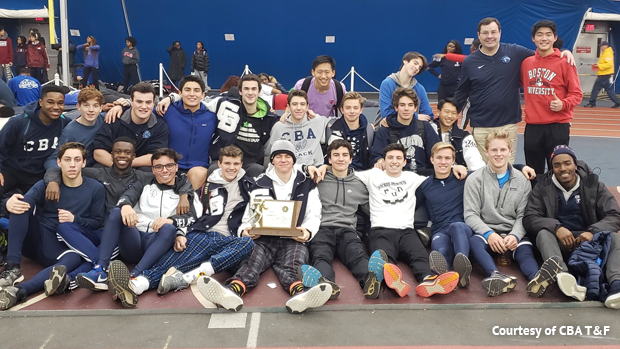 The Christian Brothers Academy boys and Union Catholic girls continued its dominance by each capturing a fifth straight title, and there were three NJ#1 performances, and a red hot boys distance medley duel at Thursday's Non-Public A Relays at the Bennett Center in Toms River.

For the second straight year, the UC girls won all six races races on the track on the way to a remarkable met record total of 82 points, just eight points away from a perfect score of 90. The Vikings outscored runner-up Paramus Catholic by 40 points.

In the boys competition, CBA outscored runner-up Union Catholic, 76-56, to raise its state record total to 28 state relay titles and extended its state record to a staggering total of 103 state championships in all three seasons combined.

One of the biggest highlights of the meet came in the first event as CBA and Camden Catholic clashed in a  great baton battle in the DMR.

CBA, which finished fourth or better in all nine events, also received a huge performance from rising star Liam O'Hara.

The two other victories for the Colts came in the shot put and high jump. 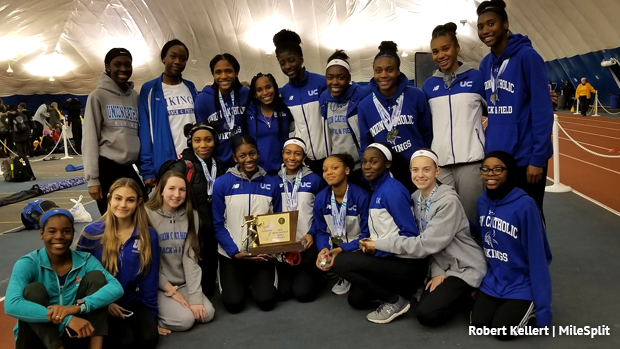 In the girls competition, Union Catholic had several athletes shine as the Vikings dropped two NJ#1 and US#7 times.

In the field, Angelique Williams cleared a meet best 5-2 in the high jump for UC, and Hope Handlin had the top pole vault mark of the meet by matching her PR of 11-0 to help UC place second.