Will defending champion Devin Hart of Point Pleasant Boro put his name alongside some of New Jersey's all-time greats? Can anyone stop NJ #1/US #10 Christian Brothers Academy from winning a second straight title and increasing its state record total to a mind-boggling 23 titles?

Those questions and more will be answered when the state's best clash in what has the makings of yet another thrilling NJSIAA Meet of Champions when the 47th annual meet is held on Saturday at Holmdel Park.

But Hart doesn't just want to win. He wants to do something historical in his final XC race on N.J. soil. He said he wants to go under 15:20! That's something just five guys have ever done.

Hart, who held back last week when he repeated as Group 2 champion in 16:00, is also aiming to raise his career total to five M of C titles. He won the outdoor 3,200 in 2017, and last year completed the distance running triple crown by winning M of C titles in all three seasons (XC, 3,200 indoors and 3,200 outdoors). 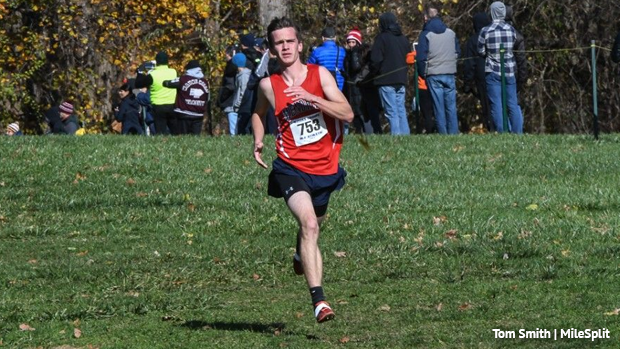 Hart's biggest competition should come from Jack Stanley of Mendham and Tim McInerney of CBA. Stanley dropped his Holmdel PR by 15 seconds when he won his second straight Group 3 title in 15:45 in very windy conditions at Holmdel. McInerney finished second to Hart at the Shore Conference Championships in 14:59, 12 seconds behind Hart.

In the team competition, CBA, one of the greatest programs in U.S. history, is favored to capture its eighth title in the past nine years and increase its state record to 23 championships. That would equal the number M of C titles (23) that the entire rest of the state has won combined (there was no team scoring at the first M of C in 1972). CBA has won 18 more titles than any other program. The team with the second most titles is Paul VI with four. 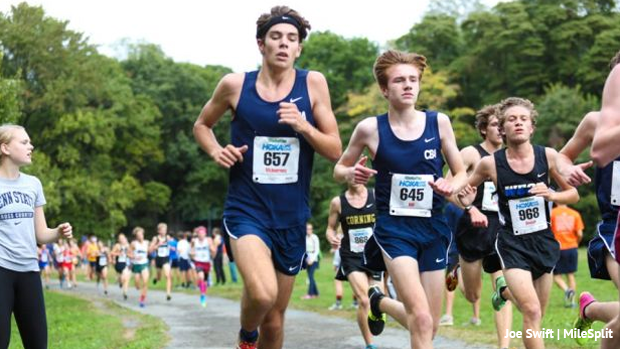 CBA, which held out some of its top runners last week, including McInerney and Luke Reid, still rolled to the state Non-Public A to raise its state record to 29 state titles. Transfer Shaw Powell led the charge for the Colts by winning in 16:14. With McInerney, Reid, and Powell all on the line, CBA has the firepower to throw down an epic performance.

There is a very strong field that will attempt to dethrone CBA, led by NJ #2 Kingsway, NJ #3 Haddonfield, NJ #4 Westfield, NJ #5 Mendham, and NJ #6 Cherokee.

Westfield and Group 2 champion Haddonfield are each aiming for its second title. Westfield won in 1976 and lost by one point to CBA in 1996, and Haddonfield captured the title in 2001. Mendham, the Group 3 champ for the second straight year, and Cherokee are seeking its first titles.