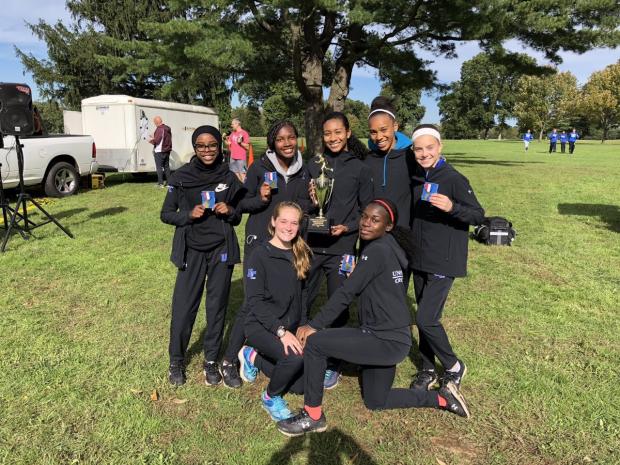 In a clash of state powers, NJ #10 ranked Union Catholic, despite the absence of its top runner, edged No. 8 Westfield for the girls Watchung Division title, and Victoria Vanriele of Gov. Livingston and Ben Fleischer of Scotch Plains-Fanwood ran the fastest times at Tuesday's Union County Conference Championships at Oak Ridge Park in Clark.

It was the first year ever that the meet was held at Oak Ridge. It was previously held at Warinanco Park in Elizabeth.

In addition to the UC girls, the other team champions were the Scotch Plains boys, Oak Knoll girls, Oratory boys, Linden girls, and Dayton boys.

The best race of the meet came in the girls Watching Division as the Union Catholic girls, running without Jerika Lufrano (held out because she's coming off a hard race at Saturday's Manhattan Invit.), received strong races from its entire pack to nip Westfield, 45-48, to end Westfield's long streak of titles.

Union's Catholic was led by junior Leena Morant, second in 19:14, and rising freshman star Abby Granrath, fifht in 19:24. Those are PR's on any course for Morant and Granrath.

UC and Westfield will clash again on October 24 at the Union County Championships at Warinanco Park . Last year, Westfield won the county title in a three-way thriller by one point over Gov. Livingston and by two points over Union Catholic.

The Watchung Division race also produced the fastest girl time of the day as Vanriele ran 19:02 to finish first. Vanriele,  a junior who has won four NJ Meet of Champions titles in the 800 (two indoors and two outdoors) will seek to capture her third straight Union County title next week. 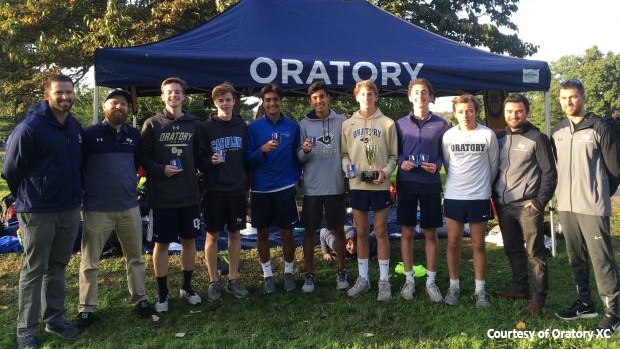 In the Mountain Division, junior Maximus Russo, who ran at Summit last year, finished first in 16:10 to lead Oratory to the boys title, 38-78 over New Providence. Oratory went 1-5-9-11-12 and averaged 17:15. Oak Knoll boys five runners in the top 11 and defeated Cranford, 41-72, to win the girls Mountain title. Cranford senior Lindsay Aschmies won the race in 20:16.

In the Valley Division, Dayton put six runners ahead of Linden's No. 5 to rally for a 27-30 victory in the boys race. Linden junior Hunter Cromwell won the race in 17:35. In the girls race, Linden put three runners ahead of Union's No. 1 on the way to a 29-38 victory. Junior Niya Barden of Rahway crossed first in 22:39.