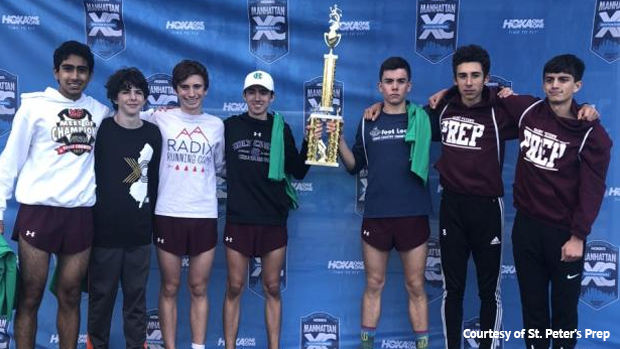 Devin Hart of Pt. Pleasant Boro finished second in 12:20.6, and NJ #1 Christian Brothers Academy placed fourth in the Eastern States Championship race at the 46th Manhattan Invitational on Saturday at Van Cortlandt Park in the Bronx.

Hart's time of 12:20.6 is the 10th fastest all-time for a New Jersey runner over the historic 2.5-mile course. Hart, who won the NJ Meet of Champions title last fall and was 10th at the Foot Locker Nationals, finished five seconds behind Charles Hicks of Bolles (Jacksonville Fla.,) who crossed in 12:15.2. Hicks placed ninth at last year's Nike Nationals.

In the team competition, CBA came up short in its bid for a third straight title.

CBA received a great race from the front of its pack as the Colts jammed three runners in the top 10, but there was a big gap back to CBA's No. 4 and No. 5 runners as CBA wound up fourth with 190 points. Rhode Island power Bishop Hendricken finished first with 92 points.

The race was loaded with many of NJ's top packs. 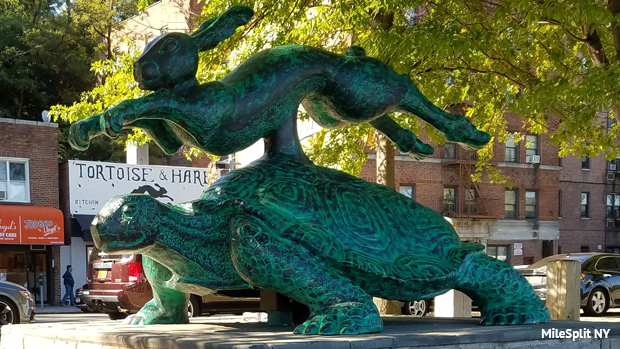 In other NJ boys highlights, Sean Dolan of Hopewell Valley won the E Division race in 12:40.0, a couple steps ahead of sophomore Edwin Klanke,. Klanke placed second in a Hudson County and school record 12:41.8 to lead St. Peter's Prep to its second straight E Division title, 97-103 over Ridgewood. Klanke broke the Hudson County record at Vanny of 12:49.3 set last year by Fahd Nasser of McNair.

In the B Division race, Connor Melko of Bishop Eustace finished second in 12:48.6 and Summit placed third and Bergen Catholic was fourth.

Benedictus Bago of Snyder ran 12:59.2 to finish fifth in the A race and Delbarton finished fifth in the team standings in the A Division.