Brielle Smith of Oakcrest won the girls javelin on her final throw,, the River Dell girls and the Delsea boys won the Emerging Elite 4x800-meter relay titles, and Devin Hart and Alexa Westley each placed third in the 5K on the opening day of the New Balance National Championships on Friday at Aggie Stadium on the campus of North Carolina A&T in Greensboro, N.C.

Smith, a junior who set the NJ state record with a 163-8 at the NJ Meet of Champions last Saturday, was in second place until launching a 150-5 on her final attempt to overtake Shira Stoller of Massachusetts, who led with a 148-10, to win the girls javelin title. 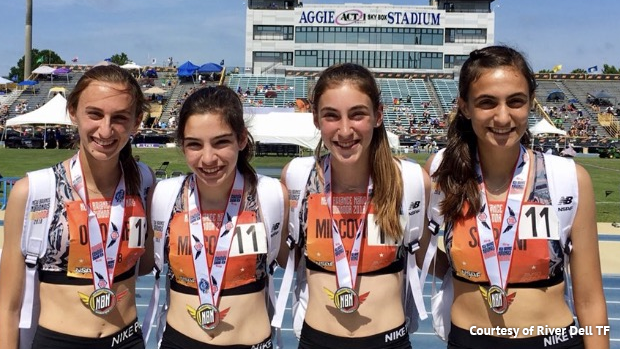 The Hebner twins from Northern Highlands also earned All-American honors in the 5K. Monica, the NJ M of C XC winner this past fall, was fourth in 17:05.30, and Isabel took sixth in 17:09.82.

New Jersey swept the first four places in the girls EE 400 with Athing Mu of the Trenton Track Club crossing first in 54.12. Aliyah Taylor of Rancocas Valley was second in 55.13, Khamil Evans of Union Catholic was third in 55.33, and Victoria Vanriele of Governor Livingston placed fourth in 55.46.

Lauren Princz of Egg Harbor, the NJ Meet of Champions winner in the 200, won the girls Freshman 100 dash in a school record 11.81.

NJ also went 1-3 in the boys EE 110 hurdles as Ola Akande of Rahway finished first in 14.07 and Ryan McLaughlin of Union Catholic finished third in 14.12.

Shannon Ziccarello of Whippany Park won the girls EE javelin with a throw of 125-9. Tyler Hrbek of Old Tappan, the M of C winner, was third in the boys EE pole vault by clearing 15-3 1/2, and David Bausmith of Hunterdon Central also made 15-3 1/2 to finish fourth.

Justice Sims of Seton Hall Prep placed third in the boys EE TJ with a 47-1. 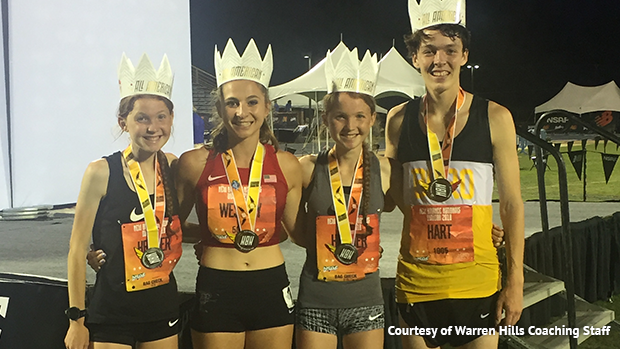