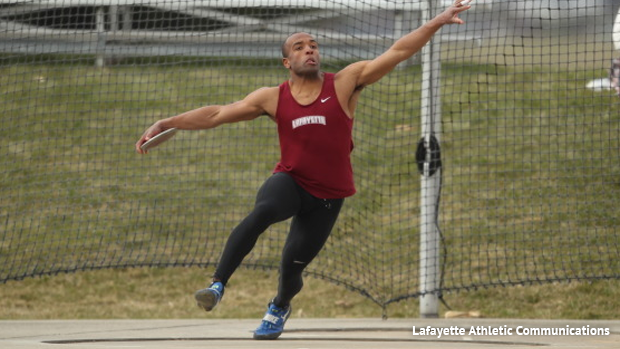 Georgia senior Keturah Orji (Mount Olive High School), the top triple jumper in the U.S., soared right to the top of the NCAA rankings with a 47-0 1/4, No. 2 in NCAA history, in her season debut in the event at the Mt. Sac Relays. Orji, fourth in the TJ at the 2016 U.S. Olympics, is the American record holder in the TJ (48-3 1/4) and has won six NCAA titles in the event.

In addition to her NCAA leading mark in the TJ, Orji is also No. 2 in the NCAA in the long jump with the 22-0 1/4 she leaped at the Spec Town Invit. on April 6.

Lafayette senior David McGriff (Hunterdon Central) smashed a 42-year-old school record in the hammer throw when he unloaded a 203-6 to place third at the Larry Ellis Invit. on Friday at Princeton University. The previous Lafayette record of 200-10 was set in 1976 by Steve Feldman.

The next day, McGriff shattered the meet and Eiler-Martin Stadium record with a winning throw of 177-7 in the discus and placed fifth in the shot put with a 47-7 ¼ at the All-American Invit. at East Stroudsburg University. 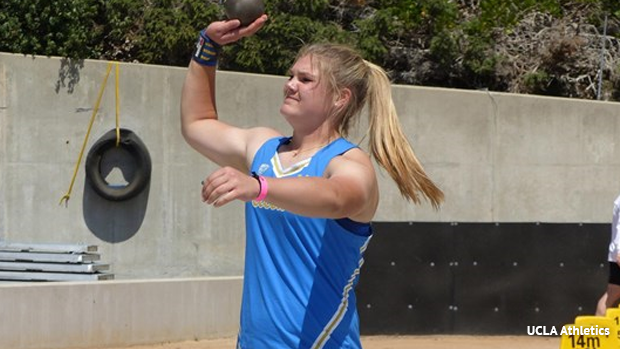 Wilson, the national high school shot put record holder indoors and outdoors and the NJ state record holder in the shot and discus, moved up to No. 6 in school history with a UCLA freshman record 201-6 to place second in the hammer throw.

Georgetown freshman Rey Rivera (Old Bridge) was named Big East Track Athlete of the Week after running a PR of 1:48.04, No. 14 in the NCAA, to place second in the 800 at the Virginia Challenge. Isaiah Harris of Penn State was first in 1:47.66.

Northern Arizona's Blaise Ferro (Christian Brothers Academy) continued his red hot sophomore season by dropping a big 5K PR of 13:50.16 to place 14th at the Bryan Clay Invit. Ferro has also run 4:13.34 in the mile and 8:23.25 for 3K this season.

Florida's Cory Poole, who set the NJ state record in the 400 hurdles as a senior at East Orange last year, is off to a red hot start in his college career.

Former Union High teammates Haisha Bisiolu, a junior at Cincinnati, and Vanderbilt junior Jennifer Edobi both ran PR's in the 200 at the War Eagle Invit. at Auburn.

Toledo sophomore Amanda Bakley (Pennsauken) ran a Mid American Conference qualifying time of 10:53.15 to place ninth in the 3K steeplechase at the Jesse Owens Invit. Bakley is ranked No. 34 in the NCAA in the 2k steeplechase with the 7:15.48 she ran earlier this month.