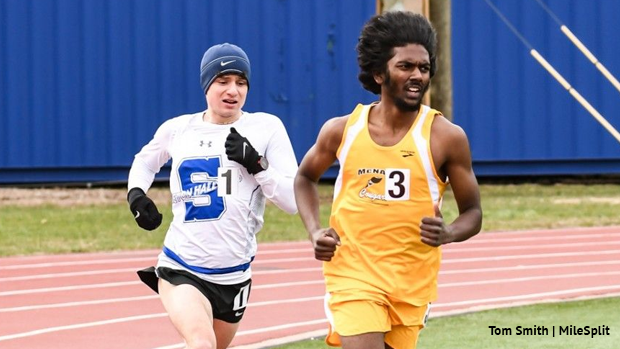 Here we go! Week 2 of New Jersey's outdoor track and field season and despite the weather scare we have a solid slate of meets still going around the state. We'll link all of our results and coverage for viewing as they roll in below. After the completion of the weekend make sure to stop by again as we fill this article with highlights from the meets.

Results and Coverage From Week 2

State leaders alert! Connor Scaglione of NV Demarest threw a big PR of 57-05 NJ#1 in the shot put to win the meet and take over the state lead, he was also second in the discus at 149-07. This is the first time he's gone over 50 for the shot put during the month of April, his previous best a 54-08.75 at the Meet of Champions last spring.

Sophomore Karina Roze of Glen Rock also took over the state lead in the javelin throwing 136-07, a PR by over 10 feet! That wasn't all she won the discus throwing 119-03 NJ#2 just an inch off the state lead.

Solid day in the field for Delsea. Khaliel Burnett took over the state lead in both the boys long jump, a PR of 23-0.5, and triple jump, 48-02. Sophomore Nico Morales carried over his strong momentum from indoor and set a new PR of 14-04 NJ#1 in the pole vault. Ashley Preston, who also had a breakout winter for the pole vault clearing 12-07, improved her outdoor PR to 11-04 at this meet for NJ#2.

Good meet for the throws. The New Balance Nationals Indoor shot put champion Zyra Thomas opened her season at this meet winning the shot put with a throw of 43-02 NJ#2 and placing fourth in the discus at 96-03. Kobe Roberts of Mainland Regional is now NJ#2 in the javelin with his huge PR of  197-01. Other notables in the field include Tyler Anzisi of Egg Harbor Twp 156-02 NJ#4 in the discus and Kamron Kobolak of Cinnaminson 55-02 NJ#4 in the shot put.

Christian Brothers Academy took a trip down to Alabama for this meet. Dan Mead had a solid day winning the shot put with a mark of 56-11.5 NJ#2 and finishing fifth in the discus at 152-08 NJ#3. Both of those were Mead's best ever in the month of April. Teammate Nick Morse was fifth in the shot throwing 50-10.5. 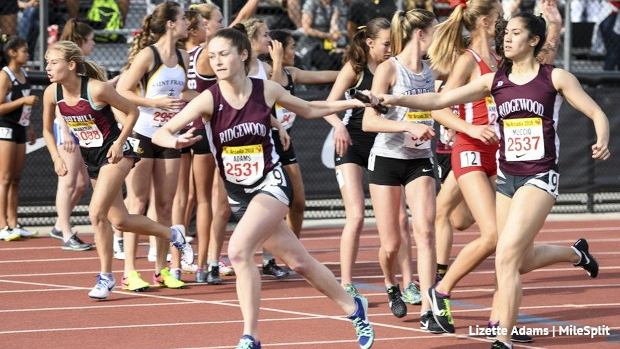 Donovan Catholic traveled down to this South Carolina meet. Alexandra Marko ran 2:21.73 to now lead the state in the 800m and Riley Underwood is now tied for NJ#6 in the high jump clearing 5-0, check out their full team performance here.

Benedictine Academy was the only NJ team in attendance, see their team results here.

Passaic Tech (Team Breakdown) and Lakeland Reg (Team Breakdown) both sweep the large and small school divisions at this County battle. Clifton had a highlight performance in the girls SMR running 4:27.62 NJ#8 as well as the boys discus where Luis Zorrilla broke into the NJ top ten at 150-01 NJ#9. That was Zorrilla's first time over 150 and a major PR. 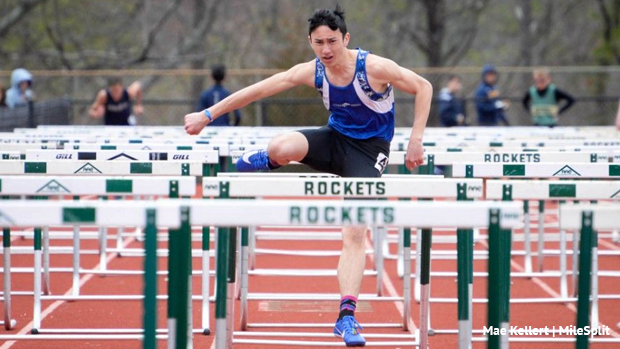 While they didn't lower their state leading time of 1:01.69, from week 1's Rebel Relays, the Holmdel boys shuttle squad still put on a show leaving the rest of the competition behind at Rocket Relays with a 1:02.36. That was 12 seconds ahead of the rest of the field.

Marlboro's Gianna Gomez leapt to a 17-06 NJ#2 mark in the long jump, four inches ahead of what she jumped at this meet a year ago.

While it was recorded as a hand time the Hunterdon Central girls ran strong in the 4x100m shuttle as well with a 1:08.14h. If we look at the rankings including hand times they are listed seventh in the state.

Paramus Catholic girls showing that their shuttle team isn't anything to overlook here. They won the shuttle hurdles running 1:06.24h. If you switch to the hand time state rankings they already had a 1:01.94h from the Season Opener Invitational on March 31st. Ramapo and Pascack Hills had quality runs in the SMR both team cracking the top 10 in the state this season, Ramapo 4:25.70 NJ#7 and Pascack Hills 4:30.00 NJ#10.

This meet was a state leading performance machine. The 5K provided some great times right off the bat with Fahd Nasser of McNair Academic, 15:28.29, and Jerika Lufrano of Union Catholic, 17:45.79, both winning their events and Lufrano setting the meet record. Union Catholic also excelled in the girls SMR winning with a time of 4:15.64 NJ#2.