Alyssa Aldridge of Mainland will attempt to complete a very rare three-peat and familiar foes will clash in a Skyland Conference showdown for state supremacy in the team competition in what should be another memorable girls race at Saturday's 46th NJSIAA Meet of Champions at Holmdel Park.

The Georgetown-bound Aldridge is seeking to put her name alongside some legendary runners as she aims to become just the fourth girl to ever win three straight titles.

Aldridge, who missed the first month of the season after suffering a bone bruise to her ankle over the summer, used a strong kick over the final 100 yards to overtake Monica Hebner of Northern Highlands and win her third straight Group 3 title last week in 18:18, the fastest time at Holmdel this season. The Penn-bound Hebner was second in 18:20.

But to keep her crown as the Queen of Holmdel, Aldridge will have to beat a stacked field that consists of several runners who have gone under 19 minutes at Holmdel this season.

Loveys, a junior, seems poised to make a huge drop in time and should be right in the thick of things to win. Loveys is undefeated this season and has yet to be pushed in any of her races.

Last week, Loveys hit the two-mile mark in the Group 4 race 12:16 with no one near her and and ran very relaxed the rest of the way. Aldridge also had a two-mile split of 12:16 in the Group 3 race with Hebner on her heels.

Westley, fourth in Group 3, and Vanasse also seem capable of slicing a lot of time. Westley was fourth at the M of C last year and won the 3,200 at the M of C as a sophomore last spring. 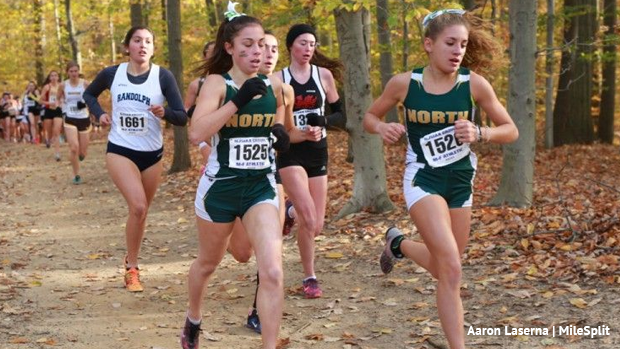 In the team competition, barring a big upset, it appears a team from the Skyland Conference will hoist the championship trophy for the eighth time in the last 11 years.

Ridge, ranked No. 2 in New Jersey, has won the last two titles, but Skyland Conference rival and NJ # 1 North Hunterdon, led by junior Ellie DiMarcello and sophomore Chloe Gonzalez, is favored to win its first championship in 31 years.

North Hunterdon, second last year to Ridge (71-114), defeated Ridge in all three of their matchups this season, including last week when North Hunterdon won the Group 4 title, 82-104 over Ridge.

Other teams to keep an eye on include NJ #3 Colts Neck, which won its second straight Group 3 title last week, No. 4 Westfield, No. 5 Shawnee, No. 6 Middletown South, No. 7 Kingsway, No. 8 Union Catholic, and No. 9 Voorhees.

Westfield, third behind North Hunterdon and Ridge at both the N.J. Sec. 2 and Group 4 meets, is making its first M of C appearance since 2000. Voorhees, which captured its 11th state title last week when it won Group 2, is making its 21st straight appearance in the M of C. 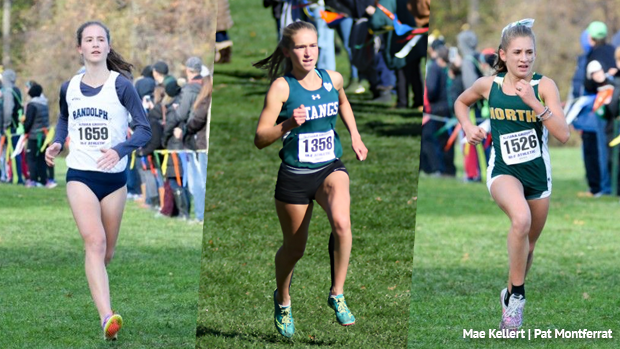