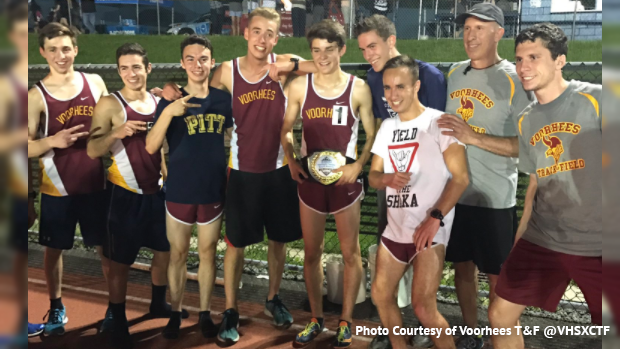 Teddy Meredith of Hopewell Valley and Brian Hill of Christian Brothers Academy both had major PRs in second and third running 4:15.51 NJ#2 and 4:15.70 NJ#3 respectively. The top six finishers all made it into the top ten for the state so far this season!

For the girls 1600 meter run Madison Brand of Middletown South led the way running 5:02.32 NJ#9, the junior is on pace to break five minutes this season. Colleen Megerle of Colts Neck second at 5:03.18 and Alexa Westley of Warren Hills third at 5:04.45 , both sophomores and both in the top 20 this season.