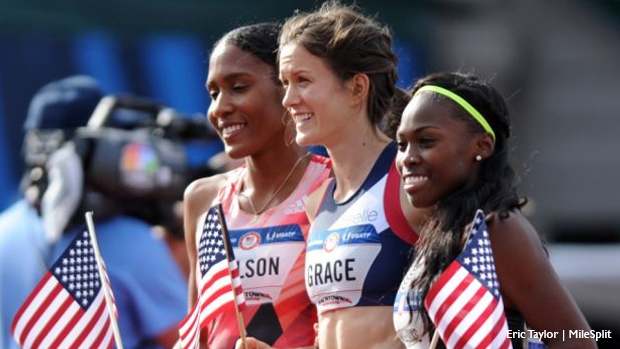 Ajee' Wilson (left) is heading to the Olympics in the 800 meter.

A recap of the top Olympic finishers and those who made it to finals through July 6th for New Jersey natives.

Neptune graduate (2012) and adidas pro Ajee' Wilson punched her ticket to Rio with a second place finish in the women's' 800 meter final running 1:59.51. She was second to Kate Grace of Oiselle who took first at 1:59.10. [Final Results Here]

Wilson made it to the finals with the fifth fastest time in the semis running 2:00.81.

Saucony's Ashley Higginson (Colts Neck 2007) ran the 11th fastest time of the first round with 9:42.18 to advance to the finals. [Full Results Here]

Keturah Orji (Mount Olive 2014) who attends the University of Georgia and Christina Epps (Morristown 2009) who competes for adidas Garden State TC both moved onto the finals finishing 1-2 in qualifying. Orji who owns the american record in the event marked a 46-6 (+1.2) for the top seed, Epps second seed at 46-2.5 (+1.6). [Full Results Here] 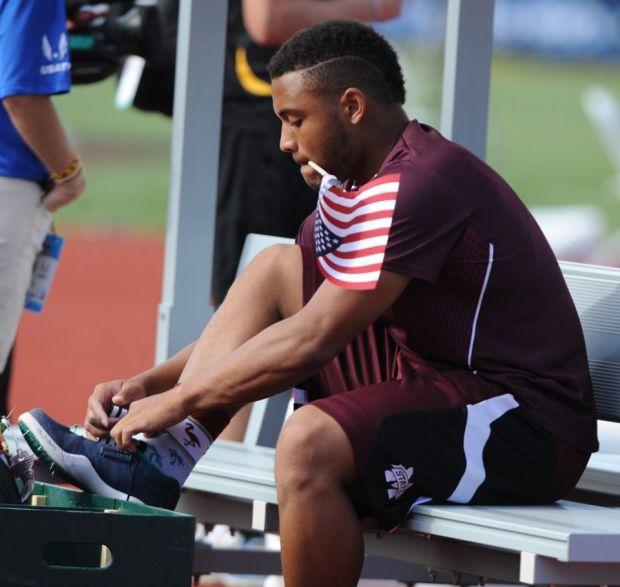 Curtis Thompson (Florence HS 2014), who is currently studying at Mississippi State, placed second at the trials breaking the meet record wowing the crowd with a mark of 271-11! However since he didn't make the Olympic standard of 272-4, before the closing window, he lost the spot to an athlete he defeated at the trials who threw the standard over a year ago. [Full Results Here]

Tim VanLiew (Deptford HS 2008) made it to the finals as well throwing 236-8.5. He competes under adidas Garden State TC.

Najee Glass of the University of Florida (St. Peter's Prep 2012) made it all the way to the men's 400 meter finals to place 7th with a time of 45.48. He qualified for finals running the third fastest semi-final time of 44.79. [Full Results Here]

If we missed anyone who made it to a final from New Jersey please let us know.