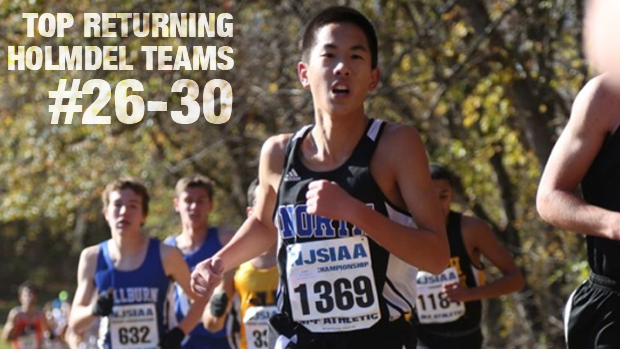 **There was a revision on 8/14/15, previously Union Catholic held the #26 position but due to corrections ahead of the teams in this article they were bumped up to #25. Watchung Hills also entered the top 30 teams.

Here are the number 26 through 30 returning boys teams based off 2014 Holmdel times. Each team's returning athletes were scored as a meet to provide these rankings.

We will be releasing more teams throughout the month of August! Check back for future articles.

Base Article to view other teams right here!