We are off and running here with the 2016 New Jersey cross country season. The invitational action opened Friday night under the lights at Freedom Park with the Randolph Invitational. Some great early work as the Randolph girls and North Hunterdon boys won the Varsity A team races.

Below we have linked to each meet from week 1, the links will either take you to the meet information or the results when posted. If there was complimentary coverage provided for a meet that is also linked below it.

Social Media Followers Story - If you get any awesome photos or videos from the meets each week make sure to tag NJ MileSplit and you may just see it on our weekly Followers Story.

Meets in bold have had results added. Click the meet titles for full results.

Fastest time of the day was Ryan Martins of Watchung Hills winning the Varsity A at 16:20. For the girls Abby Loveys of Randolph posted a 19:18 continuing her success of her great freshman season.

The inaugural running of the Brookdale XC Invitational and the first ever boys winner came through at 16:06, William Hill of Franklin Twp starts off his senior year with a win. Montclair would take the boys team title with 58 points and a 17:30 average. They were led by sophomore Stefan Urquidi in fourth with a time of 16:53.

The girls winner was Amelia Lufrano of Montclair who earned the one card running 20:27. Her time would lead Montclair to a team victory with 33 points [1+3+6+10+13 (27+35)] and a 21:36 average. Thus completing the boys girls team title sweep for Montclair High School. 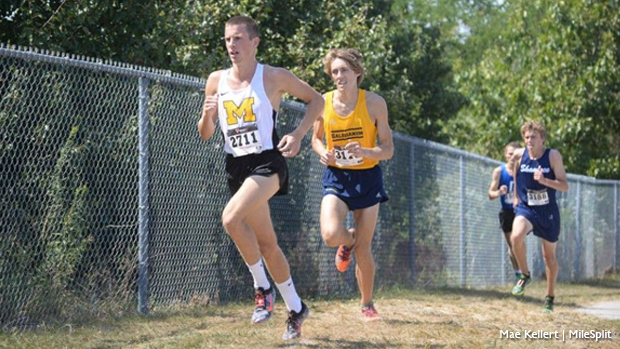 Fastest boys time came from Kevin Fox of Moorestown with a 10:02. New Jersey was led on the girls side by Alyssa Aldridge of Mainland Regional who took second in the junior race running 11:47. Check out her interview here. Full meet recap coming soon.

The only New Jersey squad at this Pennsylvania meet was the Lenape Regional girls. Their top finisher was junior Talia Hartman who took 22nd in the Blue Race at 22:23.

Delbarton School's Joey Defeo laid down a 16:19 for the fastest boys time of the meet. The best overall team performance in the merge went to Morris Hills who averaged 17:17 among their top five fastest.

On the girls side keep an eye out for the freshman Jade Tricomy of Toms River North! She won the meet with room to spare with a time of 19:31.

James Draney of Bogota set the standard for boys at the Season Opener meet running 16:29, teammate Danny Daurio behind him in second at 17:02. They led Bogota to the best team performance of the meet, a 17:34 top five average.

Pascack Valley senior Ashley Evans won the Varsity A race with a time of 20:03, the fastest time of the meet. For the team merge Indian Hills made out with the best performance scoring 63 points in the meet merge with an average of 21:50.

Tommy Moxham of Notre Dame won a close one with Arthur Beyer of Rumson-Fair Haven. Moxham took first running 17:32, Beyer second at 17:33. The girls leader was Chelsea Stocki of East Brunswick who won by almost a minute running 20:36.

The team titles were East Brunswick for the boys and Rumson-Fair Haven for the girls.

CHECK OUT OUR SEASON PREVIEWS! 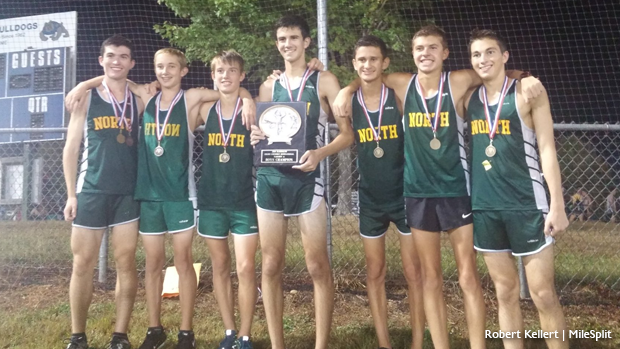