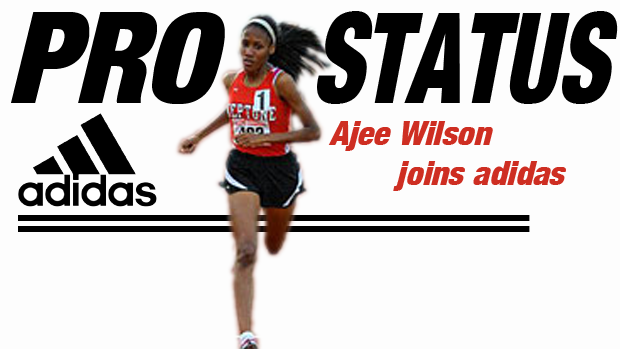 World Junior Record Holder and 2012 World Junior 800m Champion Ajee Wilson has turned Pro. She will be running for adidas and will be represented by Ray Flynn. She will continue to train with Derek Thompson of the Juventus Track Club of Philadelphia. (via NSAF)"