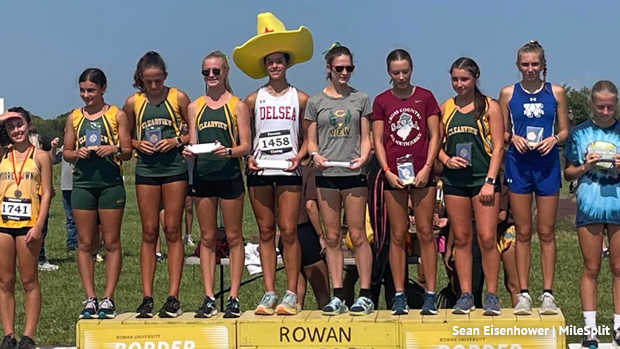 The 2022 South Jersey Shootout was highlighted by both team and individual performances, including the Highland Regional boys and Clearview girls who walked away with the championship 5k team titles.

The Highland boys won with 41 points and were led by Gavin Gallo (16:24), Aziz Muhammad-Kane (16:38) and Jake Smith (16:44), with their 2nd, 3rd and 4th place finishes. Highland's performance was just enough to defeat Williamstown's 52-point performance, with Nicholas Krol's victory with a time of 16:09. Williamstown was also led by another top-10 finish in Dylan Saber, who finished 5th with a time of 16:46.

Red Bank Catholic's Cate DeSousa and Patrick Coyle were the highlights of the girls and boys 4k events, with DeSousa running a 13:39 and Coyle running 12:52: both Coyle and DeSousa won their respective races by over a minute.

The South Jersey Shootout served as a time trial for many of these runners preparing to run Dream Park at sectionals later this season, and these runners sure seem ready to go in the coming months.

The 1.72 mile middle school races were led by Isabella Suarez with a 9:56 in the girls race and Ryan Duffy of Kingsway MS in the boys at 8:27.