On Thursday night the Toms River Bubble opened up a sand pit that likely hadn't been seen for years. The occasion? The first annual NJSIAA Indoor Meet of Champions Long Jump Showcase. The brand new competition added to the state meet's events list this winter.

The first champions of this showcase were Nakaja Weaver of North Brunswick who hit a major PR for 18-07.5 NJ#4 and Nils Wildberg of Princeton who cleared a distance of 23-04.

For Weaver, only in her junior year, this was a huge statement meet. Her previous career best coming in was a 17-03 which she had jumped at the Varsity Classic on February 4th, and before that she had a best of 16-07.5 indoor with her outdoor PR at 16-04.

She set an initial PR with her first jump, and then cleared 18 feet twice with her best mark coming on her third attempt. Mind you this was also in the lower seeded first flight!

Second was the top seed coming in, Tionna Tobias of Winslow Twp who landed an 18-06.5 on her last attempt. She is the defending Meet of Champions winner in this event outdoors. Kathryn Brown of Kinnelon and Emma Cunningham from Ramsey HS were the only other girls to clear 18 feet with third and fourth place finishes at 18-05. and 18-00.5.

Alicia Campbell of Snyder, Genesis Everett of Middletown North, Tara Zeni of Red Bank Catholic, and Kennedee Cox of Paramus Catholic rounded out the rest of the top eight medalists. On the boys side of things Nils Wildberg's victory at 23-04 was certainly a well earned one. After setting the state lead in late December with a 23-04.5 he ran into a meniscus injury that sidelined him most of the season. His first full speed return really came on Tuesday during Eastern States Championships when he made just two attempts, one a foul and the other the winning mark of 23-04.5 matching his season best.

For Wildberg to clear 23 feet three times on Thursday night for the Meet of Champions victory on such short turn around is a testament to the work he's put in before and during the injury recovery. He hopes to earn All-American at New Balance Nationals Indoor to close the season, currently ranked 18th in the US. 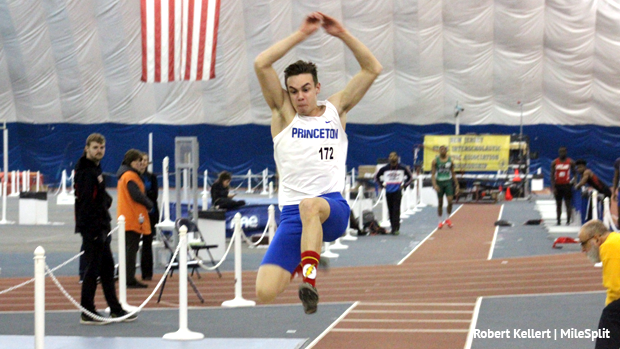 Second place was Luke Rapley of Marlboro, who was marked at 22-04 on his third attempt. With the same distance but in third on jumps was Jack Bunting of Summit who made the mark on his fourth attempt for a school record. Andrew Colbert of Freehold Township and Adonis McGee of St. Peter's Prep also cleared 22 feet for fourth and fifth.

Ayir Asante of St. Peter's Prep, Hasson Klingen of Lakeland Regional, and Tyler Heller of Hunterdon Central made up the rest of the medal finishers. Heller the only non senior to medal, he is a junior.

You can view the full series for each long jumper below. Congratulations to everyone involved in this historic event. Looking forward to more in the future.

Here are the series charts we put together during the live updates. Final official results can be found on the meet page. 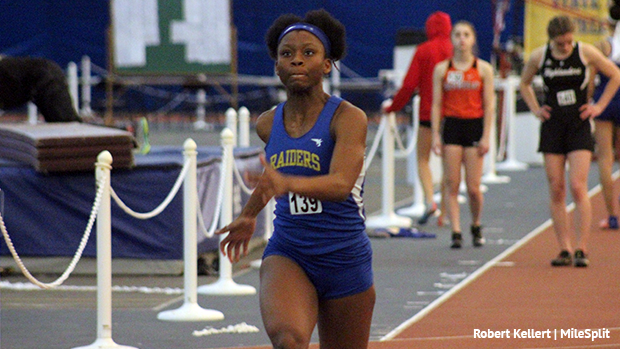