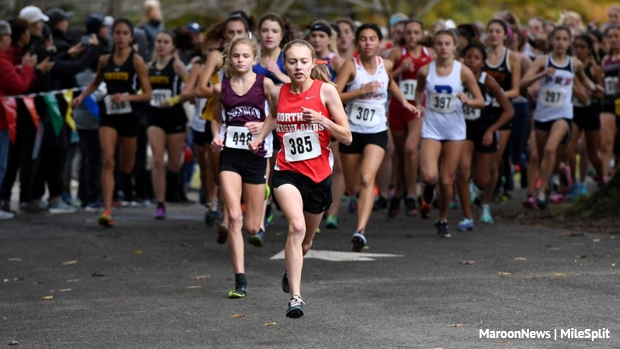 Ridgewood pulled of the team title sweep, and Daisy Liljegren of Northern Highlands, and Bobby Oehrlein of Indian Hills won the individual titles at Sunday's 57th Bergen County Meet of Champions at Darlington Park in Mahwah.

In a long awaited clash between two of the state's best girls teams, NJ #2 Ridgewood dominated the race by outscoring NJ #4 Indian Hills, 30-72, to win its first title since 2015 and extend its county record to 30 championships overall.

Ridgewood, with four freshmen and one sophomore in the top five, crammed its five scoring runners into the top nine and averaged 18:52, No. 2 in course history. Freshman Camryn Wennersten led the charge for Ridgewood by placing second in 18:10.

Only the 2014 Ridgewood team, which averaged 18:43 when it won the BMOC, has run faster at Darlington Park than the current Ridgewood squad.

Individually, Liljegren, who placed fourth as a sophomore last year, ran away with the girls title by 28 seconds in 17:42, No. 5 in course history.

In the boys race, Ridgewood completed the team sweep and captured its second straight title with a 77-86 victory over runner-up Bergen Catholic.

Individually, Oehrlein, who placed 13th as a junior last year, continued his breakout senior season by  running 15:42 to win the boys race by six seconds over Michael Dua of Don Bosco Prep. Oehrlein is just the second boys champion ever from Indian Hills. Bobby Corcoran was the first boy from Indian Hills to win  when he crossed the line first in 2013.