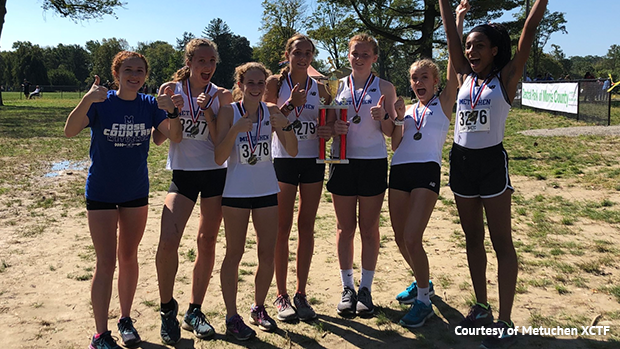 Red Bank's Tyler Schwinn and Catherine Wimmer dropped the fastest times of the day, and the Summit and Metuchen girls, and Oratory and NJ #4 North Hunterdon boys took home the team titles at Saturday's Stewart Invitational at Greystone in Morris Plains.

Schwinn, a senior, cranked out a 16:05 and Wimmer, a junior, ran 19:05 as the Red Bank duo swept the individual titles in the A Division.

The top team performance of the day belonged to the North Hunterdon boys, who threw down an amazing race in the A Division. The Lions finished 5-6-7-8-9 with a 22 second compression and a 16:39 average! WOW!! North Hunterdon finished first with 35 points. Bridgewater-Raritan was second with 108.

In the girls A race, Summit edged Bridgewater-Raritan for the championship, 58-62. Summit put two runners ahead of Bridgewater's first and averaged 20:48. Bridgewater averaged 20:58.

In the B Division, Metuchen freshman Caroline Schleif finished first in 19:15 to lead a 1-2-3-4-7 finish for the Bulldogs, who ran a school record average of 19:36. Metuchen outscored runner-up Rumson, 16-60, and also won the team merge by a big margin. 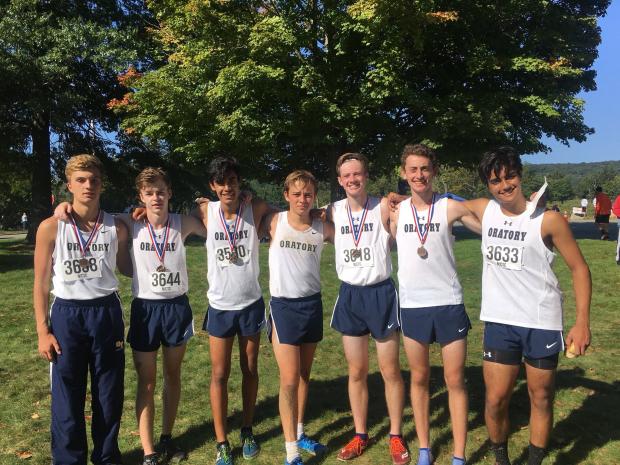