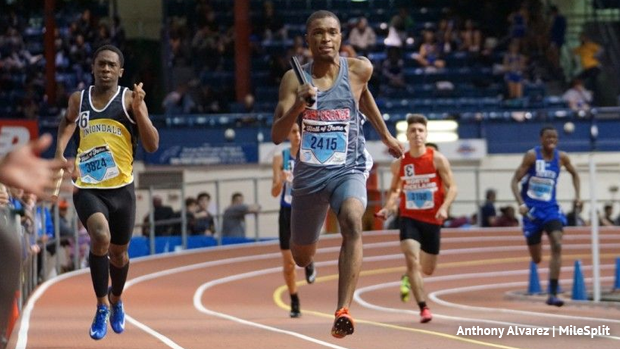 This one came the day after New Jersey officially opened the indoor track and field season. The East Orange boys broke the Hall of Fame Invitational 4x200m meet record with a time of 1:28.76. The previous meet standard was held by Newburgh Free Academy of NY since 2015 with their 1:29.44. Can you say annihilated?

This was a strong early season run that still leads the state of New Jersey by over two seconds and is the only performance under one minute and 30 seconds in the country right now. North Carolina's Southeast Raleigh is the closest with 1:30.18 from the Holiday Classic on the 21st.

Splits from the Relay

East Orange senior Akeem Lindo also broke the meet record in the 55 meter dash at this meet when he ran 6.37 which still holds at US#3.