New Jersey's qualifiers for Nike Cross Nationals are set for competition this weekend. Christian Brothers Academy boys, the girls from North Hunterdon and Kingsway, Chris Romero of Voorhees, William Hare of Princeton, and Monica Hebner of Northern Highlands will all run for glory Saturday at NXN in Portland, Oregon.

Chris Romero won the Northeast regional individually at 15:56 last weekend to qualify; Will Hare also came out of that race placing fourth at 16:13. Monica Hebner will be representing New Jersey individually in the girls championship thanks to a fourth place 18:49 at regionals. This is the first appearance at NXN for all three athletes.

Christian Brothers Academy qualified for their ninth straight Nationals appearance as a team. They placed second to Xavier at Regionals 112 points to 120 and look to improve upon that at Nationals.

The North Hunterdon girls won the Northeast Regionals showdown with 158 points. They qualified for their second straight NXN appearance. Kingsway was second at 196 also qualifying for the big show.

Good luck to all of these athletes, thanks for representing New Jersey XC at Nationals. 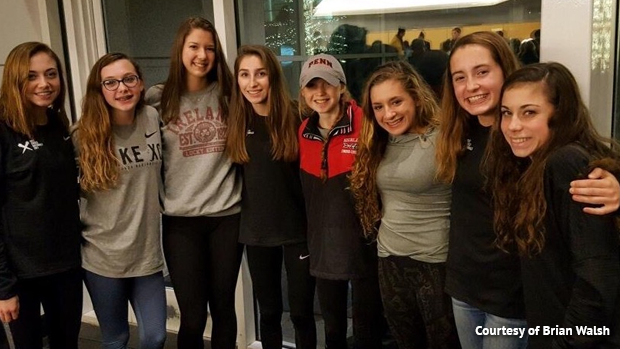