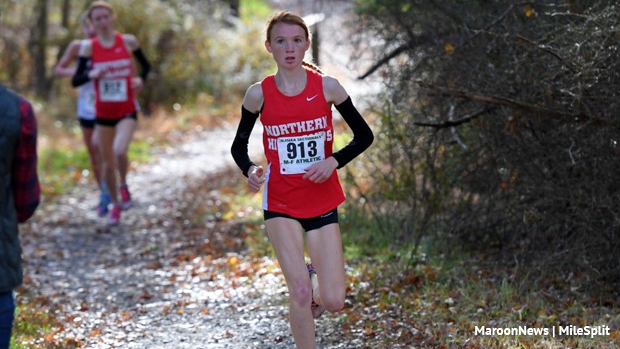 In the boys Group 4 race, Ridgewood kept its streak alive when No. 5 runner, Sid Wagh, beat Montclair No. 5 runner by eight spots to clinch a 95-103 win over Montclair. The 8th straight title by Ridgewood extended its boys N.J. Section 1 record to 24 titles overall.

The Group 4 race also produced some history as Peralta, a junior, became the first sectional XC champ from Passaic when he edged Bergen County Meet of Champions winner Will Baginski of Ridgewood, 16:02 to 16:06.

The most impressive individual performance of the meet was turned in by the UPenn-bound Hebner, who dropped an 18:04, No. 3 in course history, to win the girls Group 3 race and lead NJ #8 Northern Highlands to its second straight title.

The only girls to ever run faster than Hebner in the history of Garret Mountain are Christi Constantin of Kittatinny (17:59 in 1987) and Toni Ann Angione of Bergenfield (18:01 in 1984), who both won Meet of Champions XC titles. 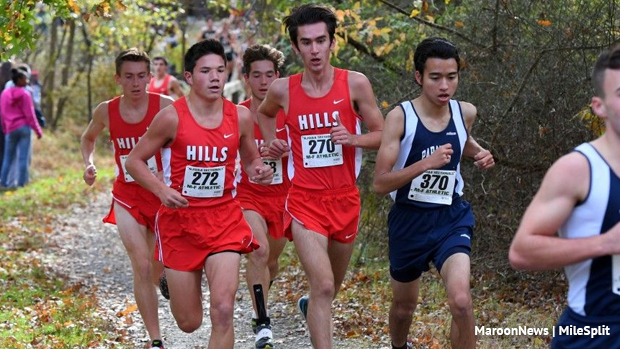 Among the other big highlights, the Morris Hills boys ended a five-year winning streak by Indian Hills in Group 3, and Shannon Goria returned to the top with her winning time of 19:26 to lead River Dell to the girls Group 2 championship.

The victory by Goria, a senior, was especially satisfying because after she won the sectional title two years ago when she led her team to the championship, Goria missed most of last year with injuries.

The boys Group 3 race saw Indian Hills grab the first three spots in pursuit of its 6th straight championship. But Morris Hills came storming back with a 37 second 1-5 compression to win its first title since 2011, 46-94 over Indian Hills. It's the 24th sectional title for Morris Hills, which has won 14 titles in NJ Sec. 1 and 10 in NJ Sec. 2.