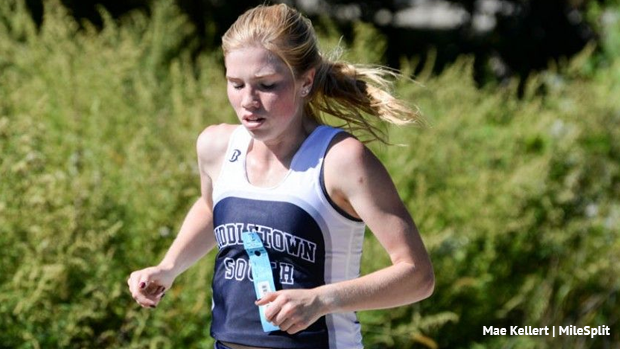 The girls race was won by Middletown South senior Madison Brand, who obliterated her previous course best of 19:48, when she crossed the line with a 16 second lead at 18:39. That shot Brand up the rankings to #2 on the state course this season only behind Monica Hebner's 18:32 from Shore Coaches. Matawan's Rachel Kenny also broke 19 minutes with her 18:55 for second, ranked fifth on the course this season.

In the team battle Middletown South scored early thanks to Brand's one card and Kathleen Shay finishing fifth at 19:35, they totaled 75 points after scoring 1+5+18+25+26. However Colts Neck had other plans and battled back with a 4+6+7+9+35 top five for 61 points and 19:53 average to win their second straight county championship. 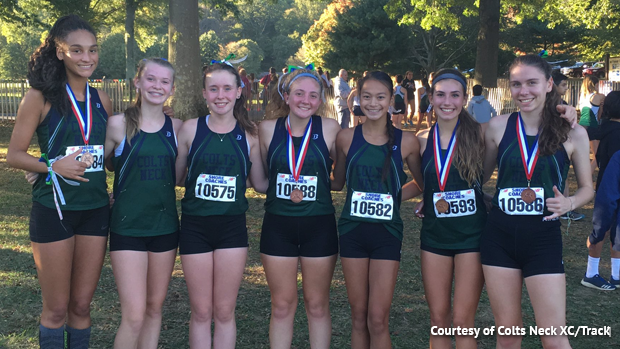 For the Boys Championship CBA made it 16 straight, winning this year's title with 56 points and an average of 16:32. The win came off a 1-2 punch by Brian Hill and Ryan Miele who led the race with a 16:02 and 16:06, both are strong course PRs and broke them into the top four at Holmdel this season.

Drew Maher of Shore Regional, 16:11, Tyler Schwinn of Red Bank Regional, 16:16, and Louis DiLaurenzio of Raritan made up the rest of the top five individual finishers. Colts Neck boys finished second behind CBA with 105 points and a 16:57 average.