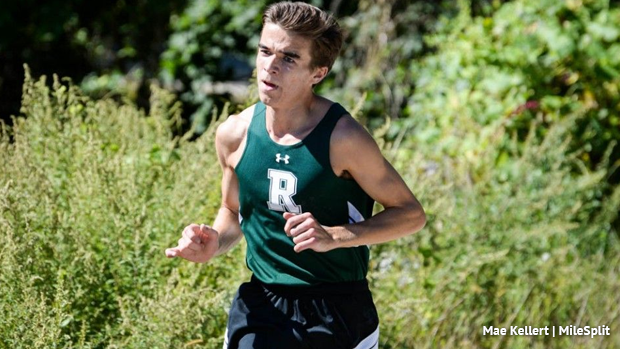 In the girls race, Ridge dominated as expected with a 1-5 compression of just 22 seconds, an average of 19:30 and the Red Devils had six runners in the top 16 on the way to a 36-87 victory over runner-up Pingry.

Next up for Ridge, the 2-time defending Meet of Champions winner, is a showdown with NJ #1 North Hunterdon at the Skyland Conference Championships next Thursday at Natirar Park in Gladstone.

Vanasse, who was third as a freshman last year, ran away with the individual championship with a winning time of 18:45, 30 seconds ahead of runner-up Chloe Wong of Hillsborough and 10 seconds faster than Vanasse ran on this course last year.

On the boys side, Hillsborough, second to Montgomery last year, avenged that loss and recaptured its title with a 64-72 victory over Montgomery. Ridge was third, also with 72 points, and Pingry was fourth with 87.

Hillsborough, which averaged 16:57, put four runners ahead of Montgomery's No. 2 runner on its way to its fifth victory in the past seven years. Hillsborough, which went 5-8-11-12-28, was led by junior Ryan Mitchell, fifth in 16:41.

Bayeux, continued his breakout senior season in the boys race with his winning time of 16:00, the fastest 5K of his career. Bayeux won the race by 20 seconds over Somerville junior John McGovern, second in 16:20.