Cross country is back! Good luck to all the athletes opening their season this week. As results come in we will upload as quickly as possible. When meets are in bold you know results will be up. We'll also have meet merges coming out all weekend for you to get more of a feel of who's who when meets are broken up into divisions or class.

Don't forget to send in your best pictures, videos, and updates as the action around the state unfolds. You can contact us on our social media channels and or through email. 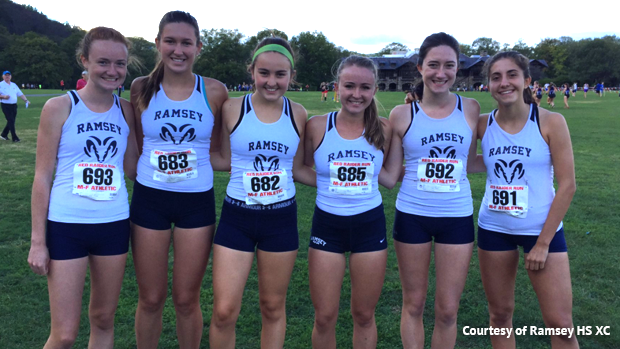 Ramsey girls finished third as a team in the varsity race with 64 points and an average of 21:55. They were led by Maggie Scaglione and Elizabeth Flood who finished fifth and sixth with times of 20:34.57 and 20:55.27. Full team performance can be viewed here. NY's Katelyn Tuohy set a Bear Mountain course record with her 16:24.99 win, three minutes ahead of the field!

Jeremy Bronstein of Dwight Englewood led the boys meet individually with an impressive run of 16:09. For the top team spot you have to look at Hackensack, led by Jeffry Pena with the 14th overall time at 17:06 the Hackensack boys only had a 32 second split among their top five and averaged 17:25.

For the girls sophomore Corinne Barney of Indian Hills and junior Mackenzie Hughes of the Academy of Holy Angels were the only two under 19 minutes, with Barney leading the way at 18:35 and Hughes 18:48. Corinne's sister Madeline Barney was third at 19:07 to help Indian Hills rank second overall in the merge scoring 80 points.

The top girls team was Northern Highlands with 62 points and an average of 20:15. They were led by Daisy Liljegren with won the Varsity A race and was fourth in the combined rankings with her performance of 19:13. 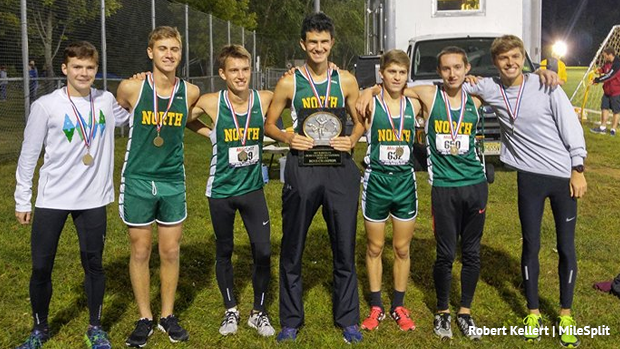 There were some wicked fast times Saturday night at a chilly Randolph Cross Country Invitational. Ray Sellaro of North Hunterdon, 15:46, battled with Ronald Kigen of St. Benedict's Prep, 15:47, to the finish to seal his victory. They now rank fifth and eighth all-time at the Freedom Park course.

The girls meet brought the heat as well. At first we thought the fastest time of the day came from Alexa Westley of Warren Hills who hit an eighth all-time Freedom Park performance of 18:18 to win the Varsity B. However the last race of the day would come through even faster thanks to Abby Loveys of Randolph who crossed the line at 18:14. Loveys moved up to fourth all-time at Freedom Park.

The Red Bank Catholic girls and North Hunterdon boys had strong team performances winning both their division races and sitting atop the overall meet merge as well. RBC Averaged 19:47 led by Danielle Hayes' 19:18 and North Hunterdon 16:37 with the above mentioned Ray Sellaro number one at 15:46. 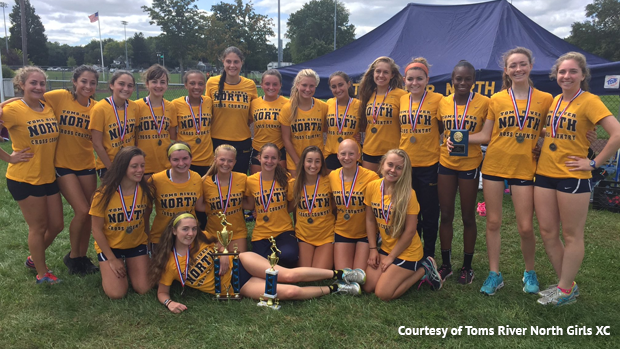 Jonathan Mobisa of Union HS had the fastest time of the meet winning the 'Boys Fastest 4' division with a time of 16:13. It was a close battle with the top four all within two seconds of each other: Carrington Retzios of Mount Olive 16:14, Francis Martingale of Memorial WNY 16:15, and Jaymin Mistry Mount Olive 16:15. Mobisa is coming off a strong outdoor season where he placed sixth at the Meet of Champions in the 800m run with a 1:54.17.

Team wise for the boys Columbia and Morris Hills were only separated by two points in the merge. Columbia on top with 93 points and an average of 16:55, they were led by ninth overall Tim Depue who ran 16:28. Morris Hills scored 95 averaged 16:55 as well and saw Matt Morena out front with his fifth place time of 16:16.

Mendham senior Lucy Jeffs had the one card for the girls with her 18:49 performance. Jeffs and Sydney Bradle of Mount Olive, 18:51, were the only two under 19 minutes.

Toms River North shined on the girls team side with a leading merge score of 72. Led by Lauren Murphy's 20:04 in eighth the girls in blue and yellow averaged 20:32 and split 52.84 among their top five. Mount Olive was in striking distance with 84 points for second in the merge. Check the links above for full team listings.

Chris Romero of Voorhees ran the third fastest time in the past four Cherokee Challenges with his 9:32 win in the senior race. His performance was 15 seconds faster than the rest of the field. Victoria Vanriele of Governor Livingston had the third fastest time of the meet with her 11:39 win in the sophomore race. A state 800 meter champ last year she is looking to have a strong cross country season.

West Windsor Plainsboro South had a big meet leading all New Jersey teams in both the boys and girls meet merge. The girls totaled 98 points and finished with a 12:20 average led by Kelsey Kobus who ran 11:58. The boys team split 27 seconds between their top five and averaged 10:12 led by Justin Lopez at 9:57.

Secaucus was the only New Jersey team in attendance, they saw Victoria Saniko lead the girls with a 7th place finish of 26:24. For the boys team Mohammed Alobaidi came across the line in 32nd clocking 18:54.