A mix of exciting down to the wire team scores and equally exciting displays of teamdepth occurred Thursday night at the Toms River John Bennett Indoor Complex.

The Non-Public A Boys Championship was won by Christian Brothers Academy with 86 points, 34 ahead of the rest of the meet. When looking at that point total remember that there are only nine events and each first place finish equals ten points,  CBA was four points away from a perfect meet winning eight of the nine events competed en route to their third straight and 25th overall title.

You can see CBA's full team performance breakdown here, but to highlight their DMR rocked the meet with a US#8 time of 10:28.51 and then upset the US#1 ranked Union Catholic 4x800 meter running 8:07.59 NJ#4. Watch the interview with Noah Yuro and Drake Anzano who ran on the 4x800 meter and distance medley relay to find out what the mindset going in was and where these performances look to carry them.

Non-Public B Boys was a nail biter between Bishop Eustace Prep and Hudson Catholic that came down to the 4x400 meter run. Hudson Catholic did all they could do by winning the event with a 3:41.25, however Bishop Eustace just had to finish second to win it all and third to tie. They earned second with a time of 3:41.25 clinching the team championship with 60 points to Hudson Catholic's 58. Three first place finishes helped put Bishop Eustace in the position they were with wins in the DMR running 10:55.16, 4x800 meter 8:47.19, and pole vault with Michael Fisher and Rob Mairorino clearing 9-06 and 7-06.

This is Bishop Eustace's first state relay title since 2003 and their fourth overall, check out their full team performance breakdown here. 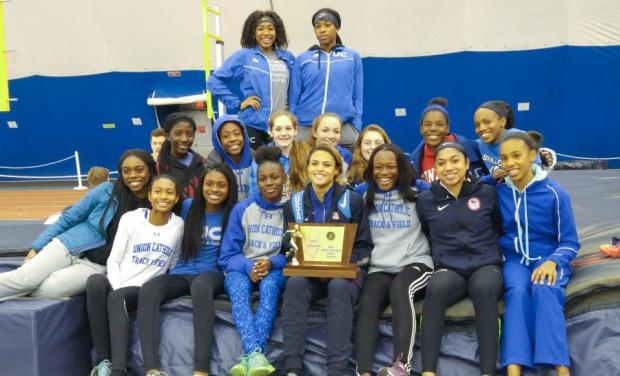 Photos in this article by Robert Kellert

In the shot put Alyssa Wilson of Donovan Catholic threw for 55-1.25 and with her teammate Jade Caporusso throwing 29-09 their total of 80-2 broke the meet relay record set by Donovan Catholic last year.

Lastly the Non-Public B Girls meet was a close tight race as well though not as close as the boys was. Pingry earned their first ever state relay title scoring 41 points with Villa Walsh who won the past four years in second at 36.

One of Pingry's best performances came off the track in the pole vault with Julia Dannenbaum who cleared 11-9 for first overall, teammate and sister Caroline Dannenbaum second overall at 10-0. As a team they won the pole vault relay securing 10 points for the team. On the track the school won two events, they opened the meet with a distance medley win running 12:57.28 then later in the meet during sprint medley they ran 4:32.16 for first.

Congratulations to all the teams on their championships. Full results and coverage can be found here! 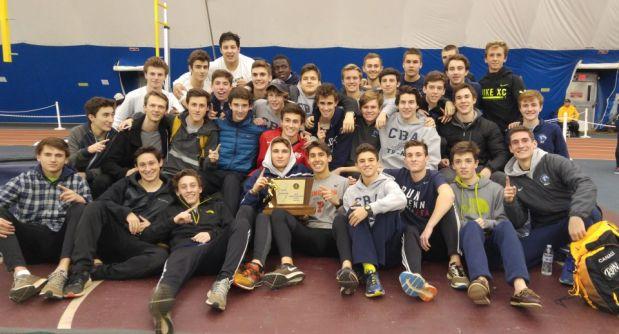 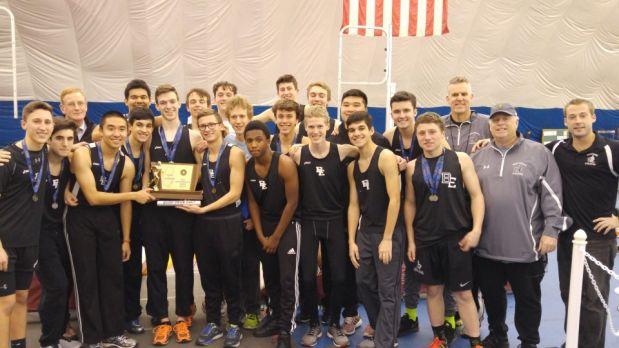 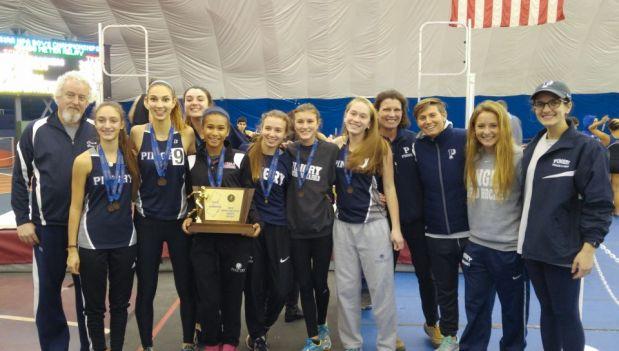