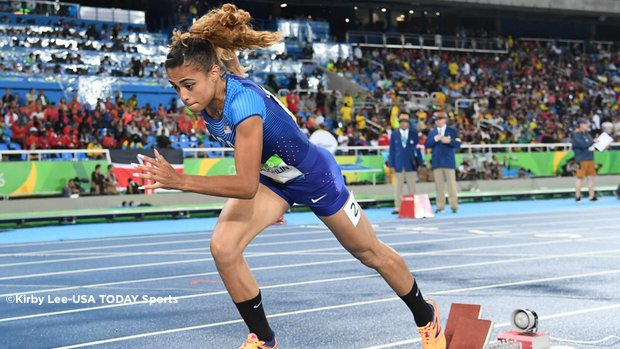 New Jersey's Olympic high school track star Sydney McLaughlin's season came to an end on Tuesday night. The 17 year old placed fifth in her women's 400 meter hurdle semi-final heat running 56.22, taking her out of contention for the finals. Her performance ranking 17th among all semi-final round times, capping off a historic season for the Union Catholic High School student.

Her American teammates Dalilah Muhammad and Ashley Spencer moved on to the finals, qualifying with the first and fifth seeds overall at 53.89 and 54.87 respectively.

McLaughlin had advanced to the Olympic semi-final round the night previous, when she earned one of the extra six spots granted by time to those who didn't automatically qualify by place. Her time in the first round recorded at 56.32.

Thanks to everyone for their support! pic.twitter.com/WnLRGm27B6

This has been a season to remember for the young talent, who gained plenty of invaluable experience not only at the national level but with world wide competition as well.

"It's gonna help me. I didn't run the races I wanted to but now I know what it's like to be here. I know the pressures of sleeping in a dorm room and seeing your competition in the food hall. It's just practice, getting ready for the future. It's just amazing to be here at this age. I have people to look up to. Everybody's looking at you with these big expectations."

Just to make it to the Olympics at her age is quite the feat and she did it with record style. She was only 16 when she qualified for the Olympics making her the youngest U.S. track and field Olympic athlete since 1972. She battled fellow and more experienced U.S. athletes at the trials earlier this summer, and her ticket to Rio was stamped when she placed third running 54.15. That time was significant not only for her Olympic qualification but it set the world junior record in the 400 meter hurdles. That time also bettered her own national high school and American junior records. The previous world junior record was held by China's Wang Xing who set the standard at 54.40 in 2005.

Let us not forget she is still a high school athlete. McLaughlin has been in plenty of outdoor competition since April 23rd, running 12 races in the 400 meter hurdles alone. This was including state championships, New Balance Nationals, and Junior Nationals among other local titles all of which she won just adding to how strong this season was.

Congratulations on another remarkable year of performances Sydney! 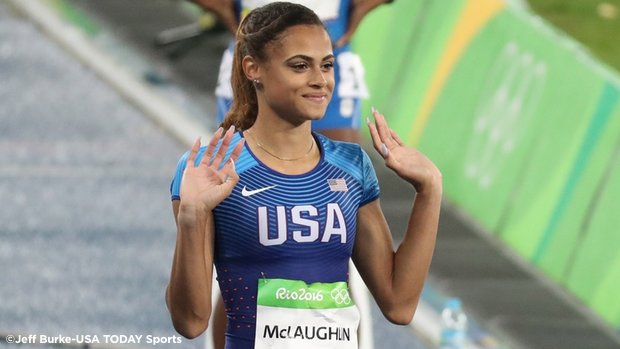 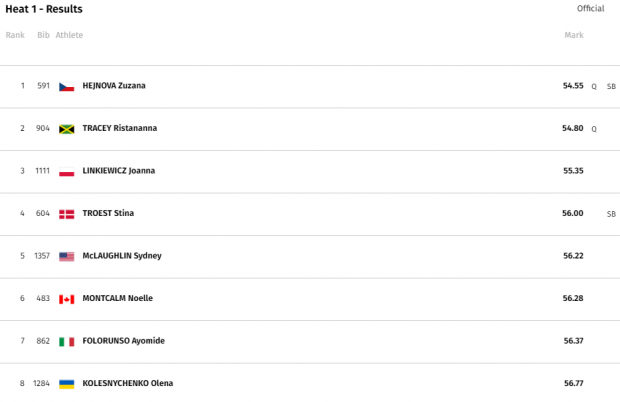 Results capture from nbcolympics.com.
Video of Sydney McLaughlin winning her Group Championship state title with a time of 57.37.