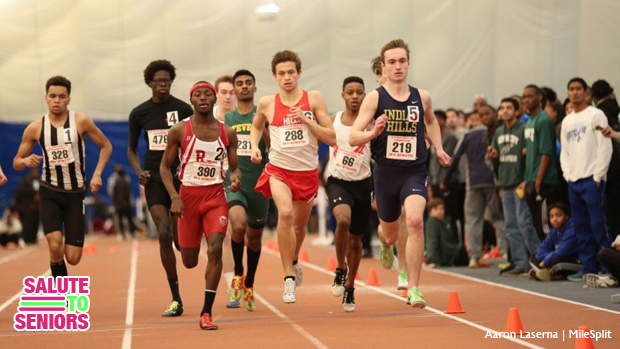 Here is the next entry in our new series on NJ MileSplit, with so many seniors heading off to bigger and better things we wanted to give everyone a chance to salute them one more time. As well as to invite those seniors to tell their stories from the past four years. If you would like to partake in these articles here is how, we'll be posting all June and July as they come in.

We've had a bunch submitted already! We'll be releasing them more often going forward thanks for sending in your stories and keep an eye out for when your answers publish.
This entry was submitted by Jack Kerin of Indian Hills who finished this season sixth at the Meet of Champions running 1:54.69 in the 800 meter. He ranks NJ#11 on the season with his PR of 1:53.90 and won the Bergen County Meet of Champions race back on May 20th.

What was your most memorable race/moment?
The Bergen Meet of Champions 800 my senior year. This was probably the biggest win of my career. In front of all of my friends and teammates, it was great to go wire-to-wire and finally win a championship race.

Who would you consider your biggest competition over your four years?
Michael Thurston. He's a great runner and a great guy, and I've raced him so many times. The fact that we'll be teammates next year has definitely kept this season interesting.

What was your greatest accomplishment?
I think that it would have to be breaking my school record in the 800. I'd had my eye on it for so long, and it was great to finally break into 1:53 range when I did it.

If you could do it all over again what would you change about your running career in high school?
I would definitely have taken it all in more. Penn Relays, sectionals, groups, the MOCs, New Balance Nationals, all of it is so great that sometimes you forget to take it all in and enjoy the moment.

What were the most difficult obstacles you had to overcome?
I had a lot of trouble getting my body used to the amount of mileage that it takes to be a good 800 runner. I still am a pretty low-mileage guy, but I've been getting better at fitting the miles in. 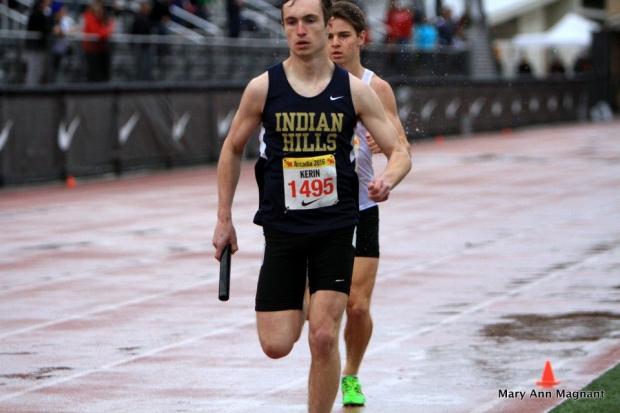 What will you miss the most?
I'm going to miss going down to the track after school every day. My best friends are on the track team, and not having them as a constant presence in my life is going to be a big adjustment. I'm also going to miss the funny memes they send me.

What advice would you give to younger athletes?
Never count yourself out.  There were a lot of races during my sophomore and junior years that I entered as a big underdog, but ended up with pretty good performances. Junior year, I wasn't even one of the fastest six 800 runners going into my outdoor sectional, but I ended up making it all the way to MOCs and got a medal there.

What influence has your coach had with respect to your performance and overall life goals?
My coaches have made me a better competitor, especially in the mental aspect. Coach Naimo and Coach Rodak are really experienced guys, and they always know how to send me into a race in a good state of mind. They really helped show me that in running and in life, you can perform so much better if you're calm.

What are your college plans?
Next year I'll be running at Dartmouth College.

Who would you like to say 'thank you' to?
I want to say thank you to everyone who has helped me, but there are too many to name. My coaches, teammates, family, and others have helped me in little ways that add up to big things. Without them I wouldn't have enjoyed such a fun and fulfilling career in high school track and field. One person who helped me get my confidence up as a growing runner was Paul Schwartz, from the Bergen Record. He saw something in me that I don't even think I saw at first.

Is there anything else you'd like to add?
I just think that New Jersey is such a great place for runners to start out their careers. There are so many great runners, so no matter where you go in the state you're bound to find some good competition.