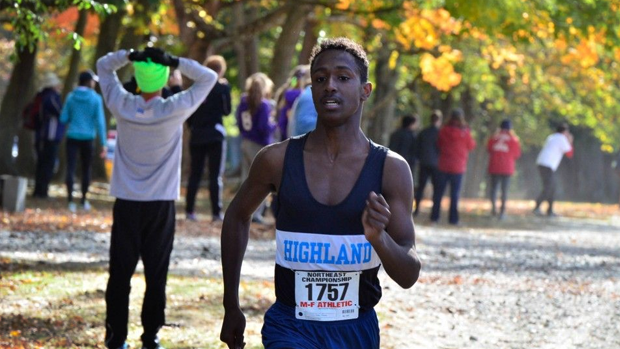 Joshua Clark ran sub-15 on Saturday in the 5K! The fastest time of the meet and weekend. / Photo by Raphael Bieber

Some talented New Jersey squads headed to Rhode Island over the weekend to run in the Brown Invitational. Boys and girls highlights can be found below. For our MileSplit Insiders check out the meet page for some videos and photos from the meet.

Individually for the boys New Jersey was led by Highland Regional senior Joshua Clark, he won the boys championship with a time of 14:59, almost 10 seconds ahead of second place. For Clark this was around a 44 second year to year improvement from his 2014 run at this same meet when he won the Varsity Division 1 race running 15:43. So far this season Clark has won all four of his invitational races, the best start to a season in his career. Also in the top 10 overall for NJ was senior Zach Michon of Robbinsville who ran 15:23 to place 10th in the Championship race. This was a meet best for Michon as well, he ran 15:51 here in 2013 as a sophomore.

Team wise the Indian Hills boys had a huge meet! They won the Division 2 race without issue scoring 35 points and only splitting 28 seconds among their top five. Their 15:56 team average also has them ranked 2nd overall in the full meet merge, look out championship race! They were led by senior Matt Cohane who was second in his race, 17th overall, running 15:41. After Cohane Indian Hills just kept rolling: Chris Corcoran 20th overall 15:49, Derek Barney 25th 15:54, Chris Leymeister 35th 16:07, and Tom Holster 38th 16:09.

Robbinsville had the sixth best team performance of the meet led by two sub-16 runs with Zach Michon's 15:23 and Richie Kasper's 15:42. 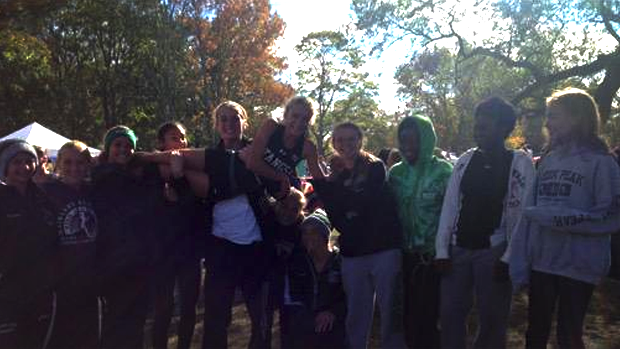 Mainland Regional's sophomore sensation Alyssa Aldridge keeps her red hot season going with a win in the Championship race. Her time of 17:08 was not only the fastest performance of the day but the third fastest all-time for the meet! Aldridge has won four of her five invitational appearances this season including an 18:20 run at Holmdel when she won the Shore Coaches Invite earlier in October.

She wasn't the only impressive New Jersey performance! Lauren Kroepfl of Robbinsville placed second in the Division 1 race and fourth overall running 17:46. Julia Guerra of Indian Hills won the Division 2 race with a 17:47 ranking her fifth overall for the meet. These three ladies were the fastest times of the weekend.