At the end of recent seasons after we have chosen our state teams NJ MileSplit holds a vote where you decide the People's Choice Athlete of the season. We make a video game cover for the athlete and recap their great performances. This was our fourth installment of the series and the first for cross country. Until this point Olivia Baker was the all-time reigning champion on the girls side winning Outdoor '13 '14 and Indoor '14. On the boys side you will recognize names such as Ben Malone (Outdoor '13), Ian Kirk (Indoor'14), and Jabrill Peppers (Outdoor '14).

I was a little late publishing this article now that we're in full swing with indoor but lets take a look at this past cross country season's winners! Over 1,200 votes were sent in to choose the winning athletes. 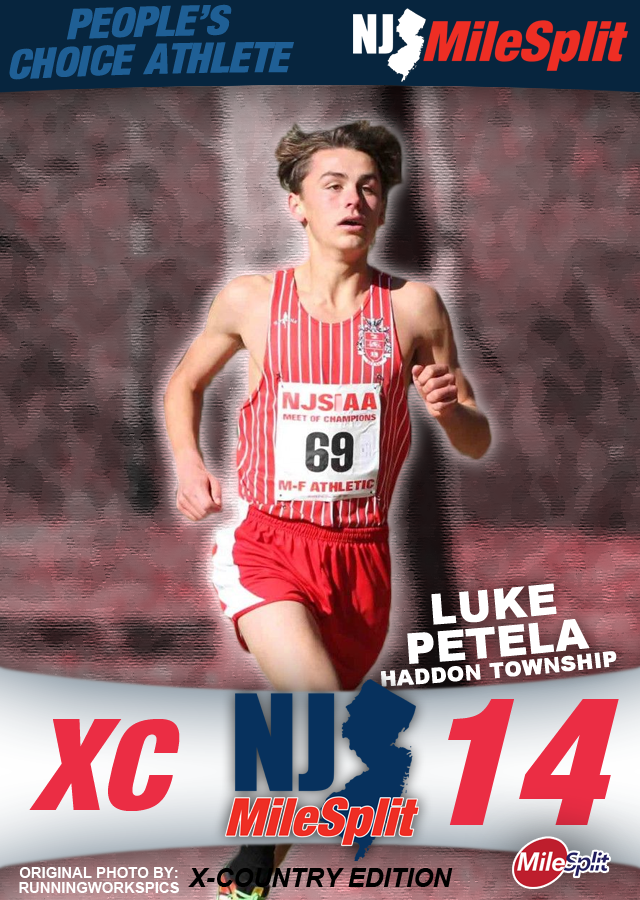 For the boys with almost 37% of the boys votes Luke Petela of Haddon Twp won the crown. Blaise Ferro was in second with 20% and Nikhil Pulimood third with 17%.

Luke Petela showed signs for a great season from day one when he won the Cherokee Challenge 3200m with the fastest time of the day running 9:27 just shy of the meet record. At that same meet he stated his goal was top ten at the Meet of Champions. From there he went on to win a wet Shore Coaches Invitational with a time of 16:21, the seventh best time of the day. Despite the great run, and at the time his Holmdel personal best, he didn't seem impressed with himself at the end of that run. He knew he was faster and wasn't that the truth! After winning his section he took on another star runner Craig Corti of Wallkill Valley for the Group 1 boys championship back at Holmdel a month later. Corti took home the state title with a state leading time 15:40 while Petela had to settle for second running a major course best at 15:49. Petela wouldn't be counted out however, the big day came the following weekend with the Meet of Champions; names such as Ferro, Corti, Pulimood all filled the previews as favorites. Petela stuck to his race ran smart and when he came out of the woods for the final stretch with the leader in sight he turned on the jets for a major kick to out sprint the field to the finish winning his first Meet of Champions title. Another major course personal best as well at 15:40 to tie for the fastest Holmdel time of the year. You can watch that race here.

After an amazing senior state season he continued on to Foot Locker Regionals placing second to advance to Nationals where he placed 34th to end his season.  That was some great running this past fall and we look forward to seeing where that takes him during the track season. Here is the full boys All State Team. 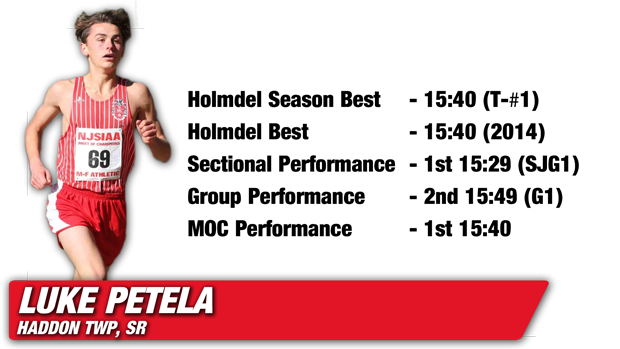 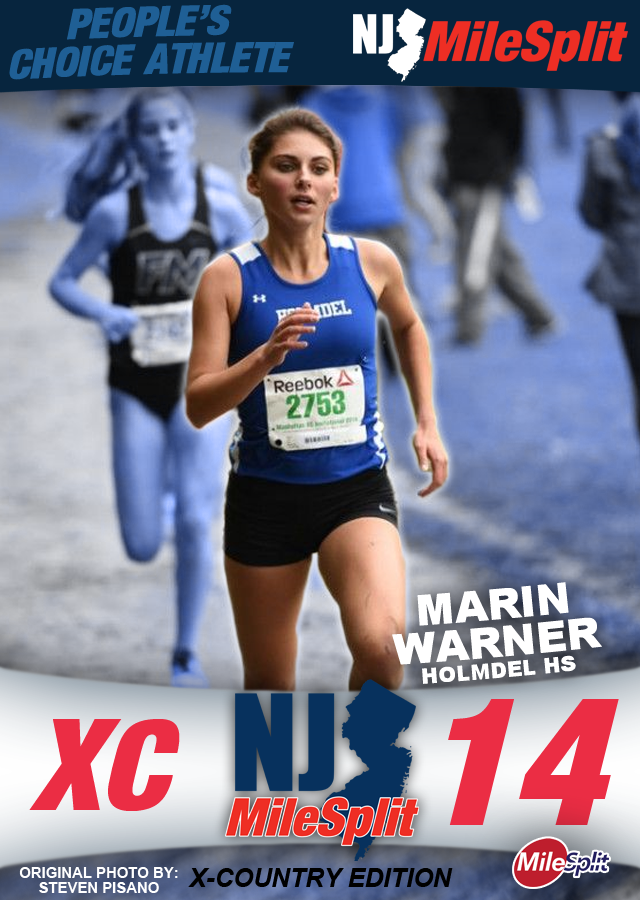 On the girls side senior Marin Warner of Holmdel HS won with 43.64% of the girls votes! In second was freshmen Alyssa Aldridge with 22% and third was Devon Grisbaum with 14%.

Marin Warner, who committed to UPenn this past fall, had a magical run of a season. In the 5000 meter she won six straight meets including her county, conference, and state group title! A major accomplishment to look over first has to be her double championship two years in a row. She won both Monmouth County and Shore Conference Championships two straight years as a junior and senior. Two incredibly different courses just showing the range Warner has whether it be a course with major hill work like Holmdel or the speed haven that Ocean County Park is.

Her Monmouth County win tied her Holmdel personal best with a time of 18:30, three weeks earlier she had won the Shore Coaches Invite with an 18:55. Both times ahead of schedule based off previous seasons. Heading into Groups she was set to take on the returning champion Briana Gess for the Group 2 title and despite the strong competition she continued her momentum to win with an 18:37! At this point she still had not lost a 5k in 2014, that streak came to an end against the best of the best at the NJ Meet of Champions but she finished state season strong  in 6th with a time of 18:36.

From there she attended Foot Locker Northeast Regional and finished 19th to end a great senior campaign.

We haven't seen her yet this indoor but after the impressive course bests and gutsy racing that we saw all fall there are sure to be great things still to come as she finishes out her senior year at the high school level. 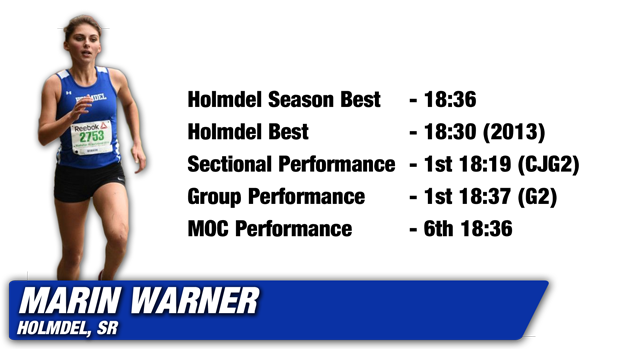 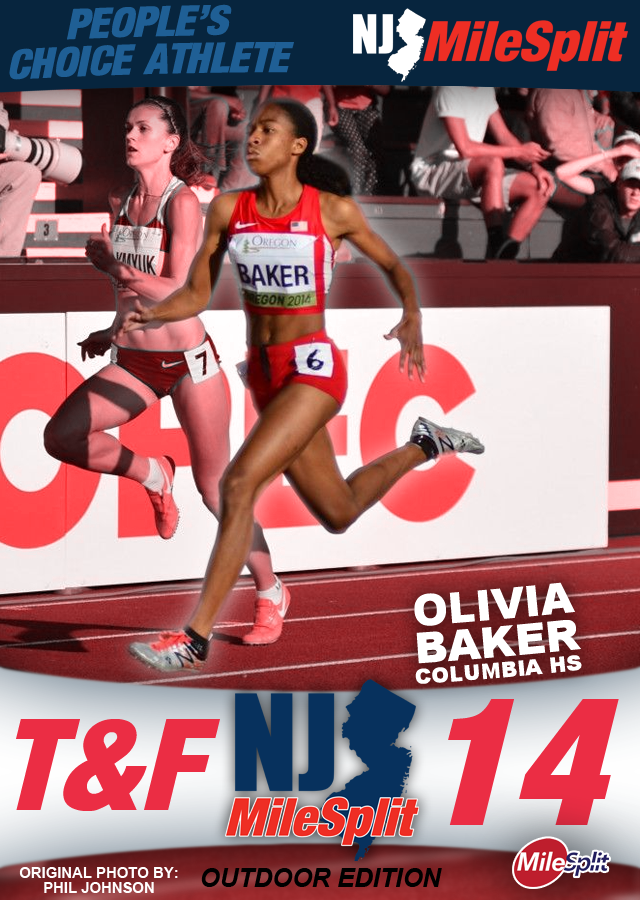 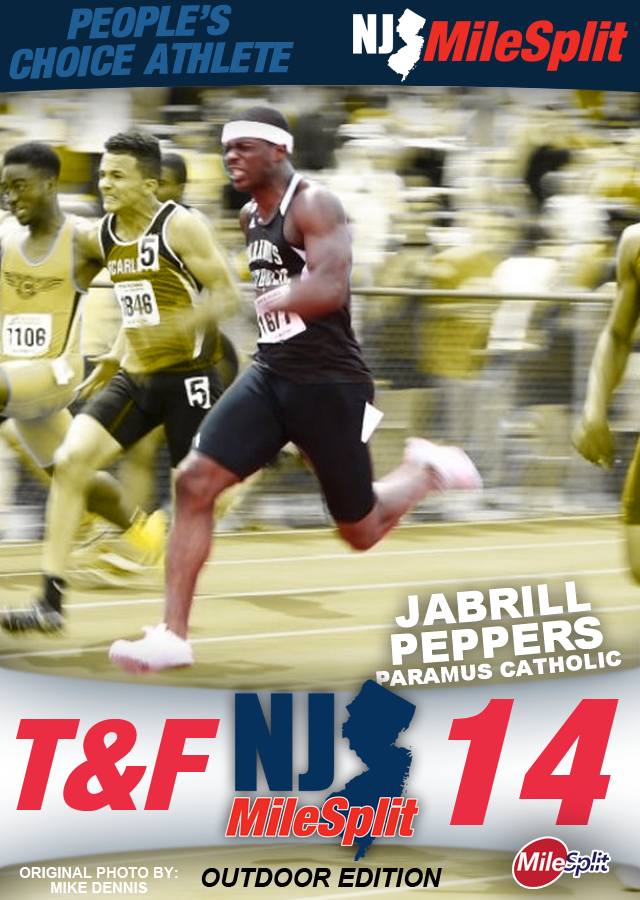 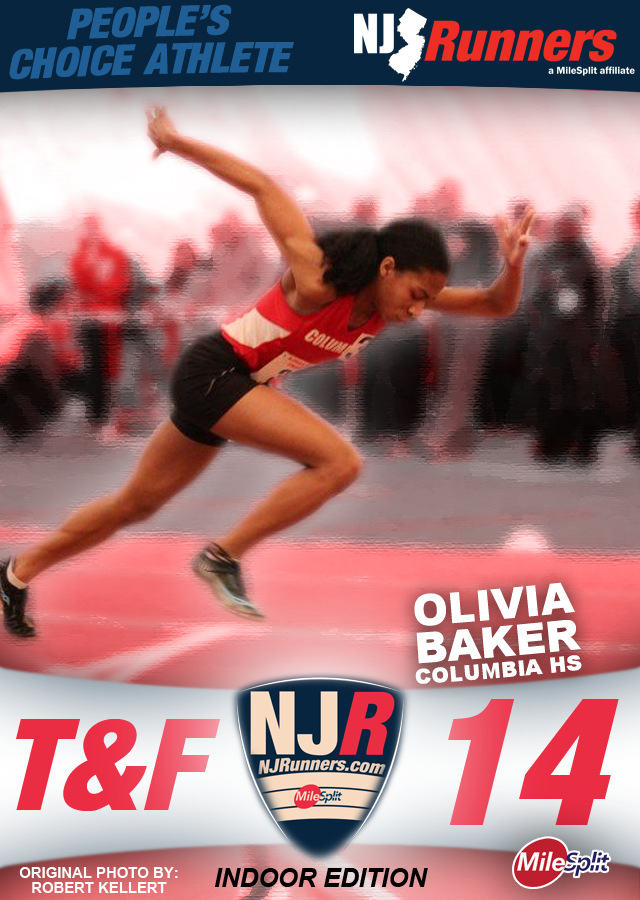 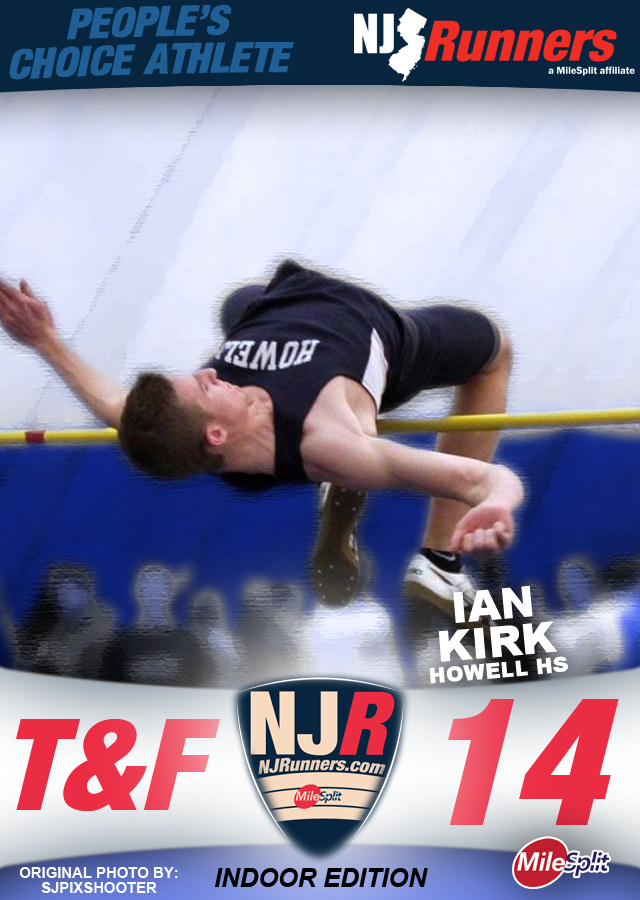 This season's winners and NJ Tough State Teams will be chosen by site staff retrospectively to honor the athletes deserving of the titles from the 2013 season. 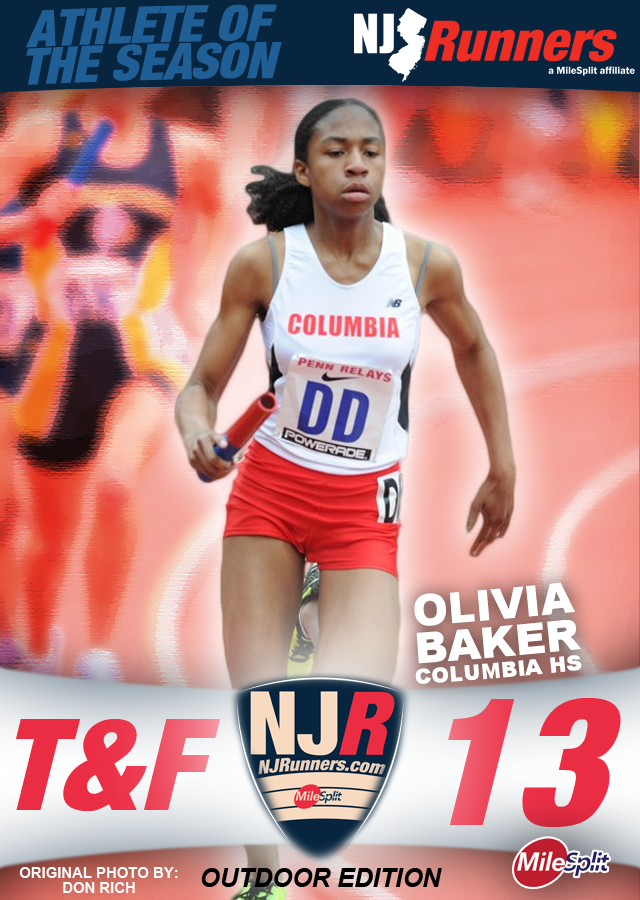 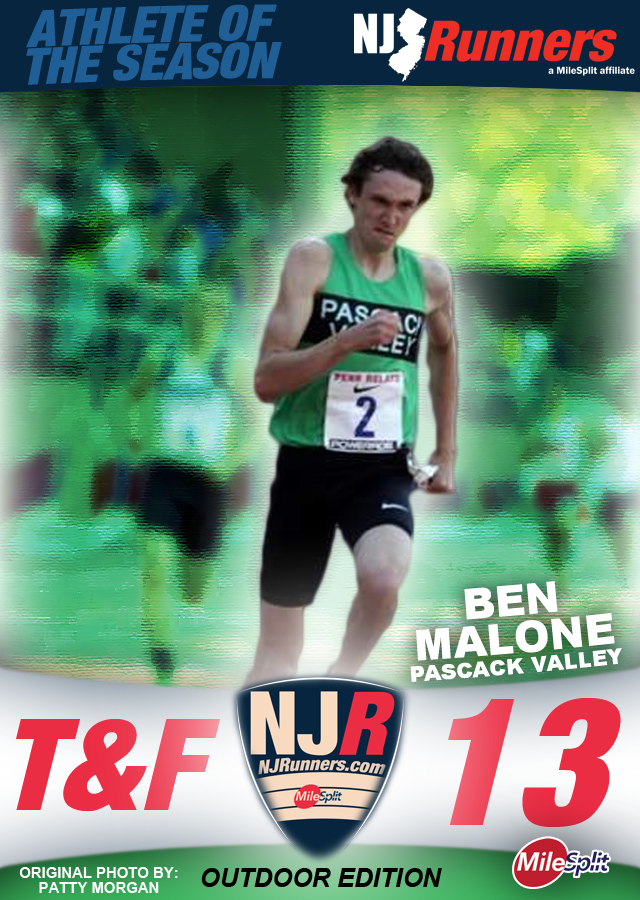