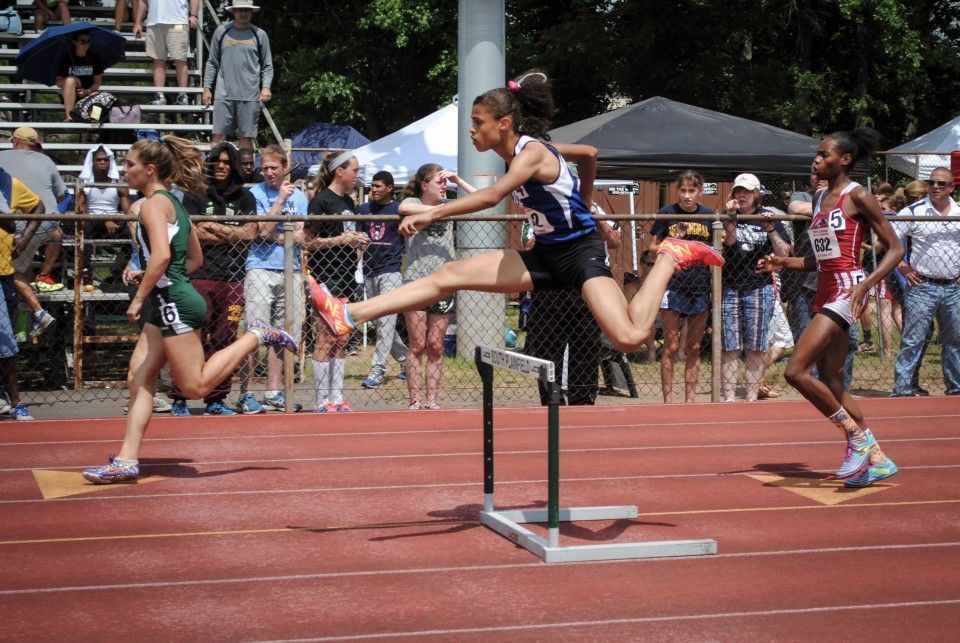 At just 14 years old she may be too young to make world juniors but Sydney McLaughlin is doing everything she can to show she belongs there!

At the USATF Junior Outdoor Championships New Jersey has been making some rumbles. Especially Sydney McLaughlin the freshman from Union Catholic who has already been takings the state by storm this season. She ran a very impressive preliminary time of 57.61 on Saturday leading field into the finals on Sunday.

When the time came for the race a magnificent show down occurred between the star New Jersey high school frosh McLaughlin and talented college freshman Shamier Little. After the dust settled Shamier Little won with a time of 55.43 and Sydney McLaughlin finished with a US#2 All-Time performance of 55.63! This shatters the New Jersey state record held by Krystal Cantey at 56.83 in tact from 2005 which the Winslow star ran at the Nike Outdoor Nationals meet.