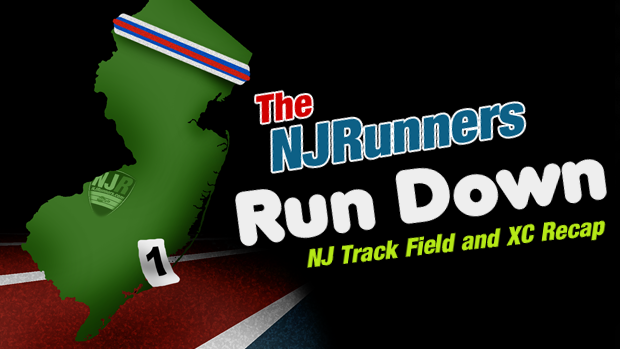 This article is the early phase of what will eventually be a highlight show on the NJRunner's site, it will be posted when able but at least once a week. Sometimes this will involve either audio, video, pictures, or just good old statistics. The written or main recap may not represent EVERY meet that has happened but all meets in the time frame will be linked to on the bottom section of this article.

If there is anything that should be included in this article that isn't listed toward the top or below don't hesitate to let me know.

Inserting some of the fantastic NJ performances from the New Balance Games here. (Photo Credit to Don Rich for MileSplit.com - Edward Cheserek winning the 1 mile run at the New Balance Games in 4:10.94)

Olivia Baker of Columbia HS hit a US#1 in the 400m with a smoking 55.02 on this fast track. Columbia girls had success in other events as well but the Sprint Medley Relay stands out, the US#2 time of 4:03.22 moves them up from the #4 time they pumped out at the State Relays early January.

Mount Olive's Keturah Orji marked a US#1 40-7 in the Triple Jump!

Also in that Triple Jump Relay were the Cranford girls who won as a team, lead by Bryanna Grant with a US#9 mark of 38-9, and Regine Hunter with a 37-8.75.

EGG HARBOR BOYS! My deepest apologies for getting this performance up late, I am going to quote your coache's description of the awesome meet you all had:


"Kofi Yamoah and James Plummer not only won the even but broke the meet record in the shot put relay.  Kofi threw 57-09 and James threw 56-02.25 finishing 1-2 in the event.  Also the team consisting of Curtis Fitzpatrick and Chandler Toussaint (Freshman) finished in 5th with a combined 89-06.25, scoring 2 teams in an event at the New Balance games is an accomplishment in itself." 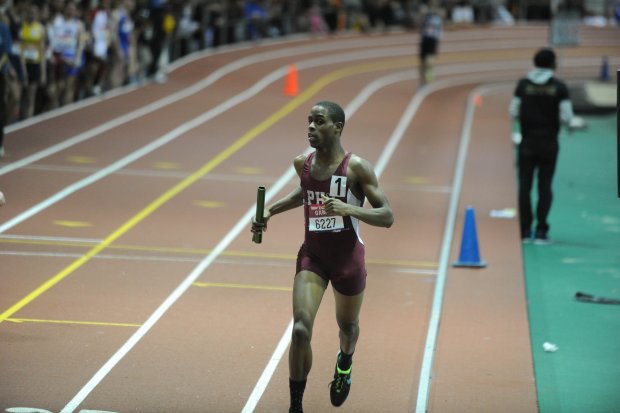 (Above Photo Credit to Don Rich for MileSplit.com)