Clayton HS took the meet by storm at the Group 1 Girls Championship with a 101.5-60 win over Hasbrouck Heights HS, recording the largest point differential in any of the girls group championships this weekend.

Clayton HS was led by the Sharpe sisters (Amirah Sharpe, Arianna Sharpe and Ariel Sharpe), who contributed to 79 out of the 101.5 points from Clayton.

Other key contributors from Clayton HS include sophomore Maylisa Bluford, who placed 2nd in the girls group 1 discus throw with a mark of 113-10. High jumpers Alanna Woolfolk and Miyana Johnson also placed 1st and 6th, with Woolfolk achieving a new personal best height of 5-7 and Johnson consistently matching her height from sectionals last week (4-10). Shore Regional HS took two out of the three distance victories, as Caroline Donohoe was crowned the group 1 800m champion (2:17.64) and Megan Donlevie in the 1600m (5:12.98). Donohoe and Donlevie made for 20 of the 30 points scored by the Shore Regional girls team. 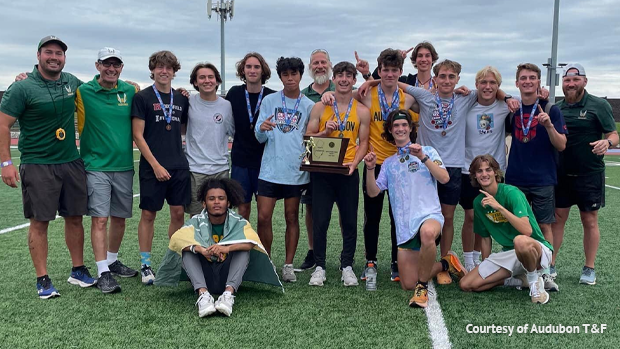 The race for the Group 1 Boys Championship was a three-way nailbiter that saw Audubon HS come out on top as champions over second place Saddle Brook HS and third place Emerson HS (44.5-43-41.5).

Senior Scott Hubbard was heavily responsible for Audubon's Group 1 Championship, claiming the 800m and 1600m Group 1 titles. Hubbard finished day 1 with an even 1:56.15, picking up a new personal best in the event.

Day 2 was followed by a championship-deciding 1600m, where a streaking Hubbard edged out Woodbury's Peyton Shute in the last 100 meters of the race. Hubbard was seeded behind Shute before the race and had a personal best almost 5 seconds behind the Woodbury sophomore, but his clutch victory gave Audubon HS two more critical points for their Group 1 Boys Championship. 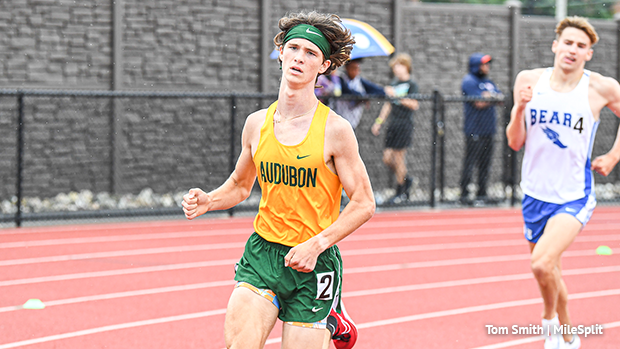 One of the most notable performances of day 1 was Jamile Gantt's 6-8.25 record-setting height in the high jump. Gantt's new personal best height in the high jump not only won him the group 1 title, but he also set the bar for the NJ #1 spot, a new school record and tied the 5th best jump of all time in Gloucester County (Woodbury's Rocky Harrison jumped the same height in 1975).

The Paulsboro junior emphasized that he was looking to set a new personal best at the NJSIAA Meet of Champions next week after narrowly missing a 6'10 clearance that would put him in the USA top 50: Gantt's jump was over six inches higher than second place in Group 1.

The contrast in team scores for 1st place showed how unpredictable track and field can truly be. On the girl's side, Clayton's sprinters alone would have been enough to solidify themselves as state champions. On the other hand, Audubon's boys needed every last point they were capable of scoring to get their hands on the trophy. The Group 1 athletes advancing will be looking to compete amongst the best of all groups and place high in the Meet of Champions next week.