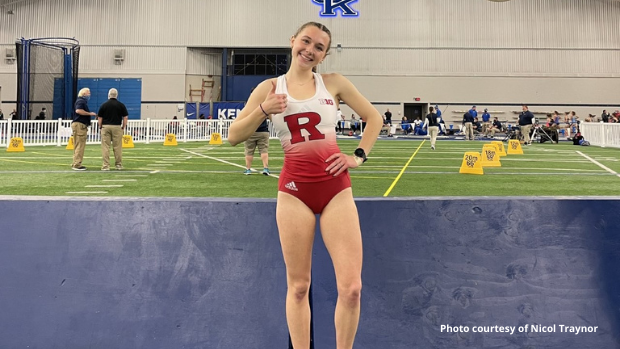 What a debut for Alexandra Carlson!!!

In the first track and field meet of her college career, the freshman at Rutgers wasted no time making her presence felt with a breathtaking and electrifying victory in the mile in 4:43.36 to take down the school record at the Jim Green Invitational on Saturday at Nutter Fieldhouse on the campus of the University of Kentucky.

The full report on Rutgers

Carlson, who starred at North Hunterdon High School, grabbed the lead with about 350-meter left in the 291m track, and then held off Kentucky senior Jenna Gearing (second in 4:43.40) to secure the historic victory. Carlson hit the first quarter in 68.4 and the half mile in 2:20 and change

The 4:43.36 by Carlson ranks her No. 3 in the Big Ten this season, and is currently the sixth fastest time in the nation.

The record-breaking performance by Carlson capped off a great double for her.