Meet of Champions winner Briana Gess at the 2015 South Sectionals. *Venables' only had her 2010 season counted for this article but she had four Meet of Champions appearances in total including a 13th, 5th, 2nd, and 1st place finish. Was also top ten in the Group 3 Championship all four years.

*Bednar was with the Hun School of Princeton as a freshman before transferring to The Lawrenceville School for her sophomore year. While she doesn't compete in the NJSIAA meets she has certainly made her case for the team in other ways such as Regionals and Nationals success, fast course times, and local and Prep State Titles. Eve Glasergreen at the 2014 Meet of Champions. Ellie DiMarcello on the left and Chloe Gonzalez on the right. 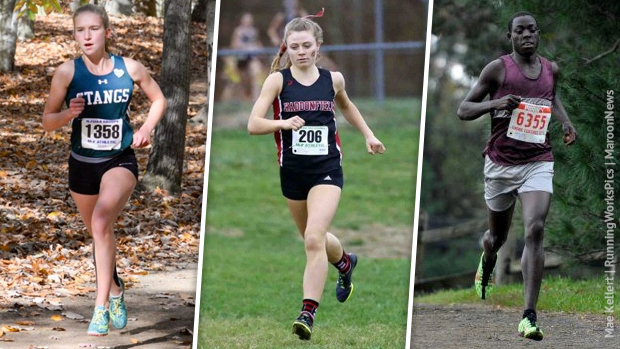