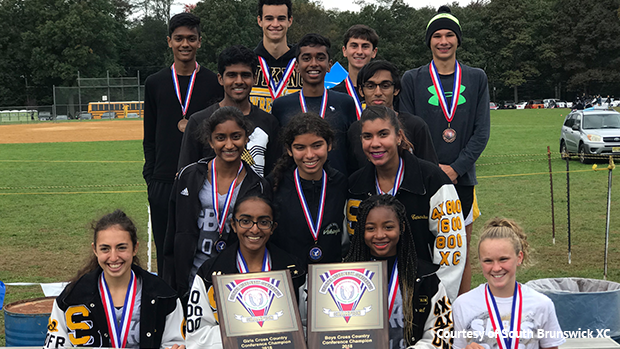 Obbineni, a senior, ran 18:58 became the fourth girl from South Brunswick to win the GMC title as she led the Vikings to its fourth straight title and a new Middlesex County course record average for Thompson Park of 19:40. The South Brunswick girls have now won 11 overall titles, the second most in meet history behind Old Bridge's 14.

Davies, who crossed the line first in 16:21, became the fourth boy from East Brunswick to win the GMC title, and the first since Alex Shatskov in 2002.

Wil Rivera, the head boys and girls coach at South Brunswick, was pumped about the team sweep.

"I'm proud of how they competed,' said Rivera  "It's never easy to repeat and to have both guys and girls do it again is a testament to the kids, and the work they've put in.''