On a muddy rainy two mile course in Marlton, NJ on Saturday the Cherokee Challenge once again took its place as one of the state's biggest opening weekend meets. We were there taking it all in and have race videos and photos available on the meet page for all the high school races.

WATCH FOUR VIEWS FOR EACH RACE

One of the top talents at the meet, Victoria Vanriele of Governor Livingston won the junior girls race and had the overall fastest time of the day with an 11:44. This is the third straight victory for Vanriele at Cherokee, she's won all the grade divisions from freshmen to junior year. While she said her goals were time oriented coming in those plans obviously changed with the poor weather, at that point it became more of a rust breaker and becoming in tune with racing again. 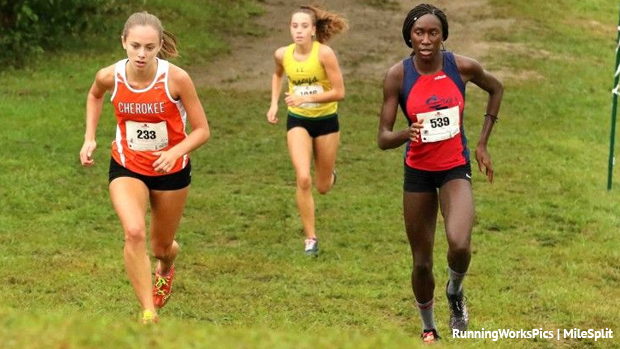 Luckily, as she stated in her interview above, she had some great competition to go up against. Kate Rathman of Cherokee was battling for the lead with Vanriele throughout the race and ended up second overall for the meet running 11:49, her best finish at her home course. Also in this race was Maddy Kopec of Red Bank Catholic who was the only other girl to break 12 minutes on the day with her third place 11:58.

The other grade winners included... Freshman Carolina McCloskey of West Windsor Plainsboro South with a 12:14 also the fourth fastest time of the day,  sophomore Alexa Palmieri of Ocean City the fifth fastest at 12:14, and the senior race winner Katy Storti of Bishop Eustace at 12:15. 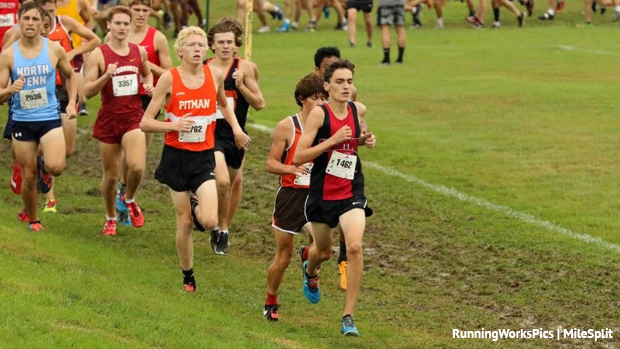 The boys meet was led by Liam Murphy of Allentown with a time of 9:58, he won the junior division. The senior race crowned Michael Keehan of Salesianum (DE) at 9:58, top NJ guy for the seniors was Nick Lundberg of Freehold Twp at 10:05. The sophomore race went to Westfield's Will McGlynn at 10:31 and the freshmen title was won by Penn Charter's Oliver Leedale-Brown. The top freshman time for NJ was a 10:57 performance belonging to John Tavaglione of Voorhees in third.

NJ#10 Cherokee had the best team performance in the merge with 102 points to outrun NJ#7 Westfield's 108 total. Cherokee averaged 10:24 while Westfield split a mere 16 seconds between their best five. It'll be fun to see them both hit the 5K course. Full merge can be found here.

The boys middle school race, which runs 2400m, was won by Marlton MS's seventh grader Nicholas Kuenkel crossing the line at 7:55. Kuenkel dropped about 45 seconds from his previous best here. Andrew Bowker also went under eight minutes in second running 7:59. Middle school girls went to Emma Zawatski, competing unattached,she finished out front with 8:13, wayyyy ahead of the rest of the field.