My most memorable race was when I won the Non-Public B XC State title. From the summer I knew I had a chance to win it or at least get top three. I trained all season for a good performance that day. I was feeling pretty good before it began, I actually felt more confident than nervous that day. It was a race stacked with good competition and at the tennis courts Coach Tursi yelled to me "Everything you ever wanted in life is right in front of you."

I also think when I won the 16 and 32 at sectionals my junior year was a breakout moment for me. It felt good to finally get first on the championship level. One race that stuck out to me was in Indoor 3200 at Monmouth County's this year. It wasn't a good performance for me but I remember the fellowship before and after the race with all the upperclassmen from other schools. I think its awesome that in this sport there is so much friendship and getting to know each over the years of competing, that is what sports are all about.

Numerous people. But I would like to give a shout out to St. Rose, my team's divisional and state rival. It's been an honor to compete with them these past years, I think they are great people. There is a history of us beating them and them beating us, great competition.

My greatest accomplishment for me was staying healthy for these past four years, I had some bumps but nothing very significant. Also with the exception of this year in track myself progressing and lowering my times. I'm also happy to say I made it to the Meet of Champs for cross-country and making it my Junior and Senior years in track. 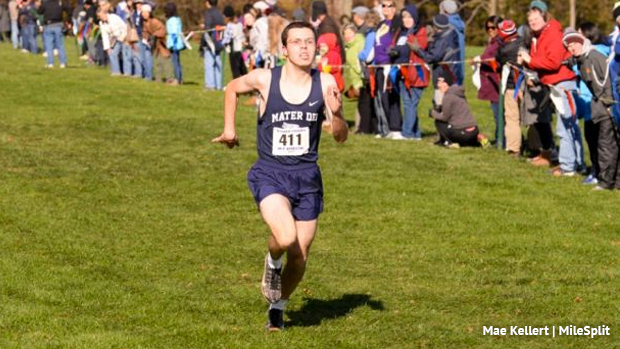 If I could do it all again I would have definitely worked a lot harder my freshman and sophomore years, I think I would have been a lot better if I trained more serious those years. Also I wish I was more social with the other competitors and coaches, sometimes I became too much "In the zone" at meets.

My biggest obstacles was definitely this indoor and outdoor season. I really don't know what happened but I was very disappointed in myself being a million years from the goals I wanted to get. Some of my goals were getting the 1600 and 3200 school record, top 10 at Meet of Champs, and qualifying for Nationals. Indoor I had some illnesses but also I was putting to much pressure on myself. Outdoor was somewhat better however my problem was not having the confidence to run logically (going out too fast, hard, not hitting the correct splits, etc.)

I will miss everything of course. The NJ community we have. The dual meet season. My team and coach. Brother Lamar. Jim Lambert and XC season. The smell of Tiger Balm before races. Going on Milesplit 90% of the school day. Winning a state championship with my team. I went to a Holmdel Park by myself for my run and I saw all the teams running for the summer unofficial practice and I thought "I'm sure going to miss this". I won't miss the Bubble though. 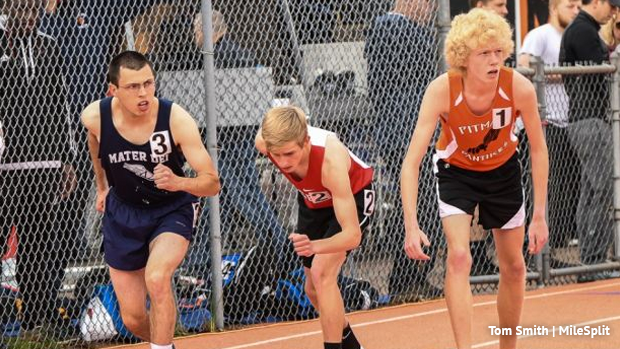 My advice for the younger athletes is work hard with every opportunity you have. Work hard your freshman and sophomore year because that's your foundation. If you run a terrible race its fine, even the Olympians and professionals have bad days. Also I would say make friends with your competitors and teammates. Yes, your mission is to be the best you can be but you would be surprised on how much you have in common with your competitors.

Even though they didn't coach me directly I want to shout out Coaches Dennis, Altland, Dwight, Strbo, and Kaufman for being a good influence in my life and career. Coach Mike Tursi was the one who coached me directly for the past four years. I think he's a great influence because he not only coached track but he taught us the important life lessons like when he said "If you are talented and you don't treat your neighbor with respect, it means nothing". I have got to know him over the years, something that not all athletes get to say. I am very happy that I chose to run for him because he helped me get to where I am now in the sport and he coached us to win two Sectional team titles, an Indoor State Relay title, many divisions, and 3 Non-Public B State team titles. He's a great Coach and person, that made the Mater Dei Track program like a family.

I will be running for Coach Joe Compagni at Monmouth University.

Shout out to the Shore Running Experience Camp, Coaches Compagni, DeFelippis, Ullmeyer, and Harrison for doing the camp and making it such a fun week in the summer for training. Go Hawks!