Saturday, November 25th, 2017. A week after Meet of Champs during cross country, where I placed 3rd in the state, my coach and I sat down and discussed the opportunity to go on next week and either compete for Footlocker or Nike Regionals. After a really successful showing at Holmdel Park, I felt it was worth to continue my senior cross country season for one more week at Footlocker. Entering the race, I was nervous, as I knew I was toeing the line with the fastest across the tri-state at Van Cortlandt Park. Massachusetts, Connecticut, Pennsylvania, you name it, they were there and hungry. Before the race, my coach came up to me and said some words that got me really fired up. "You've worked hard all season. You can run with these guys. Stay with the top pack and let's try to come away with a ticket to nationals. Let's roll the dice here. Go get 'em!" As the race started, I immediately climbed to the front. 4:45 at the mile mark. As we entered through the hills, I was beginning to find my spot and settled in at around 10th-12th place. Right where I wanted to be. While I was finishing the back hills and coming down the last mile, I made a strong move into 9th place. It was now or never. For the last half mile, I was sprinting towards the finish line. I just kept saying to myself "Nationals, nationals, nationals!!!" And just like that, I crossed the line in 9th place, with a time of 15:52. I just couldn't soak it in at the moment. I ran to my coach and gave him a huge hug. My friends were also there all supporting me there as well. A shiny medal and New Balance sweater made the day that much more sweeter. It was an amazing day, knowing I had ran the race of my life and was now headed to San Diego. Truly one for the books!

For quite some time, my biggest competition was in fact my teammate, Younass Barkouch. As a freshman, I looked up to him as he was totally destroying the game. He would always finish a workout faster than me, a race faster than me, and I really wanted to get close to him. As sophomore year and junior year came around, I was running just about his times, if not faster. He was a great competitor in high school and I was fortunate to have a teammate like him with such a driving personality to win and to be the best. Aside from that, my other competitors would be the notorious duo of Nicholas and Joseph Thoma from Whippany Park. They were in the same section as us throughout cross country and track and field, so we would always face each other during the postseason. I remember losing the cross country sectional team title to Whippany Park my junior and senior year by a combined total of 12 points (two point loss my junior year). Although we got them later that year in indoor, there was always a constant battle with the twins. The two of them definitely played a large role in my overall high school running career. 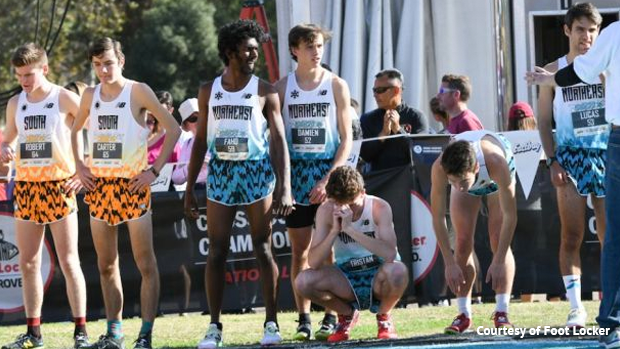 My senior year cross country season was an amazing accomplishment just as it was, setting school records across the board and medaling in multiple state meets. I've had a lot of accomplishments that I would like to talk about, but this one really stood out in particular. I am thrilled to say that I am the only runner ever from Hudson County to qualify for Foot Locker XC Nationals in its 39 years of existence.

If I could do it all over again, I would change my level of commitment and dedication towards the sport. During my freshman and sophomore years, I was very inconsistent with my training. I just showed up to practice, didn't put in much effort, and was ultimately just going through the motions. Summer training simply did not exist for me. I learned soon enough that track is a sport where you get out 100% of what you put in. Playing basketball during my first two years of high school didn't help that much either. I would definitely pay more attention to the little things such as hydrating, stretching, doing core, and staying consistent overall. In a way, I am truly satisfied by the way my high school career played out because there was a lot to learn from this experience that can assist me with future roads ahead.

Throughout my life, I was a true basketball player. I loved to play basketball all the time, and I had a knack for competitive play. I really saw myself climbing up the ranks with this sport, as I was so excited to continue my talents in high school. After a great freshman year season, my basketball coach, Dave Masciale, saw my quickness on the court and recommended to try out track in the spring. At first I was pretty hesitant, as I had no idea what I would be getting myself into. Soon enough I found out I was good enough to consider sticking around after I broke 5 minutes for the mile my 3rd race. Later on that year after cross country, many track friends told me to drop basketball and to stick with running for three seasons. There were also those basketball friends who told me to drop running for one season and play ball. All this pressure was getting to me. I decided to channel the voices out, to listen to the inner me, and to do what made me feel the most happy at the moment and stuck with my guts. I chose to play basketball that indoor season. I enjoyed it a lot, and then resumed spring track and junior year cross country as usual. My growth throughout those two seasons really solidified my reasoning to drop ball and to actually go ahead and do indoor for once. Saying no to my basketball coach and ultimately dropping my promising high school basketball career was a major highlight in my athletic career. Although it ended up being worth it, dropping high school basketball will always make me feel some type of way. I guess ball really isn't life haha :) 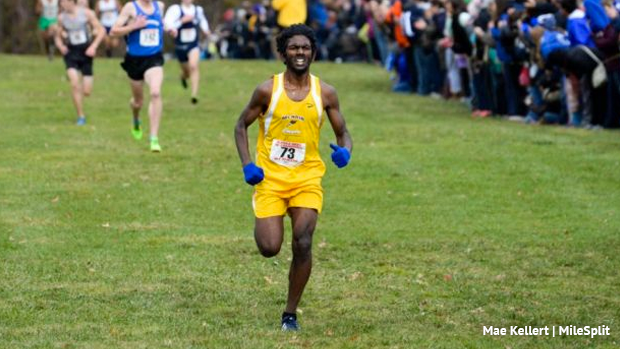 The atmosphere of NJSIAA is truly something that cannot be described with words. I will miss all the competitors who I've toed the line with, Brother Lamar for being there at EVERY track meet I've attended, Jim Lambert with the greatest previews and predictions ever, Robert and Mae Kellert for the awesome photos uploaded on MileSplit, and even all the friendly officials who showcased their passion for the sport and always played by the rules. Shout out to Tito the bus driver who spent hours driving to meets and back. And last but not least, I will absolutely miss my team. We were very close together, spending a lot of time on and off the track, and were actual brothers to me. Steve, Hamza, Hammie, Marcus, Heaven and Kyril, you guys are the best!

Enjoy every moment of training because it makes winning feel that much greater. Trust the process. You don't get better in one day, but rather a cumulation of weeks and months help to create a successful runner. Take days off when necessary. Listen to your body. Running is a sport where you get out what you put in. Have fun with running, make a group of solid training partners, because going in by yourself can sometimes leave you feeling very lonely. You are on a mission. Have fun and good luck!

Coach Matthew Hogan has influenced me to always be the best that I can possibly be. He instilled such a positive mindset in me, which I was able to bring on and off the track. Coach has seen me develop as a runner throughout my four years in high school. He's shaped me to be the competitor I am today. Ever since I walked in freshman year, he's always displayed his passion for the sport and his love for his athletes. Without a doubt, he has always believed in me and knew that I had potential. I will always remember those pre-race talks with him, as we discussed how I was feeling, race strategies, and anything else in general. Since he was a former high school and collegiate runner himself, it made it so much easier to connect with him on a running note. Aside from the track, Coach has always taught me to go in with confidence and dedication towards anything I pursue. He always preached consistency, and that is something I will always carry with me forever. Love you Coach! Thank you for making my high school experience an awesome one!

I will be continuing my athletic and academic career at Princeton University. I plan to pursue a pre med track and attend medical school afterwards. GO TIGERS!!

A huge shout out to all of my family and friends for always being there for me. Thank you to my parents for always supporting me, giving me advice, and helping me grow to the person I am today. Thank you Fatima for being the best sibling there could ever possibly be. I would also like to thank all of the mentors and coaches who I have had the opportunity to work with during my high school career (Coach Hogan, Coach Mascaile, Coach Yuan, Coach Smith, Mr. Dwyer, Taq and Allen) You guys are simply the best! Special shoutout to MileSplit reporters Jim Lambert and Robert Kellert for all the coverage! Another shout out to Hudson Reporters very own Jim Hague! Keep up the awesome work!