The West Windsor-Plainsboro North boys lit up the track at Aggie Stadium on Sunday by running one of the fastest times in state history to win the 4xmile relay at the New Balance Nationals on the campus of North Carolina A&T in Greensboro, N.C.

Senior Matt SantaMaria led off for WW North with a personal best of 4:19.67. Sophomore Luke Johnson followed with a PR of 4:15.68. Junior Vedang Lad then ran a 4:27.51. Lad handed the baton off to senior Atharv Kulkarni in second place, about a second behind the Jungle Track Club of Virginia.

But Kulkarni, who split 4:16.75, immediatley seized control of the race as he shot to lead and methodically pulled away for a seven second victory over the Deluge Track Club of New York. 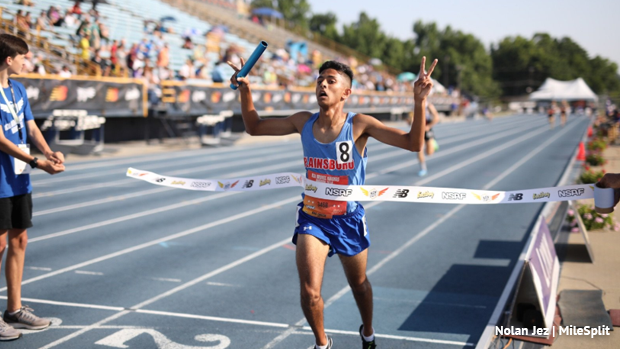