Ben Malone was selected as FloTrack's Kick of the Week, check out his finish right here!

Lots of former New Jersey track and field high school stars shined this past weekend on the collegiate level.

Here's a look at some of the highlights-

Auburn freshman Cade Antonucci,  who won the javelin at the 2017 Meet of Champions for NJ's Holy Spirit High School, continued his remarkable rookie season by unloading a huge PR of 231-5 in the javelin to finish first at the Jim Click Shootout at the Roy P. Drachman Stadium at the University of Arizona.

Kaitlin Salisbury, a multiple Meet of Champions winner in the long jump and triple starred at Hawthorne High School, smashed the Bucknell school record in the 100-meter dash when the sophomore become the first woman in school history to go under 12 seconds in a quadrangular meet at the University of Virginia in Charlottesville, Va.

South Carolina's Josh Awotunde, a senior out of Delsea High School,  won the men's discus on his final attempt with a throw of 179-1, the 20th-best mark in the East Region this season, at the Gamecock Invitational in Columbia, S.C. Awotunde threw 64-10 3/4 in the shot put at the Florida Relays on March 29, which is No. 6 in the nation among NCAA Division 1 throwers. 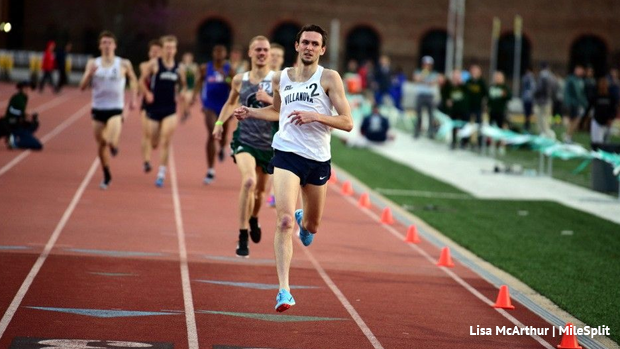 Jess Woodard, who starred at Cherokee High School, won the shot put (57-2 3/4) and discus (170-10) at the Crimson Tide Invitational this past weeend in Tuscaloosa, Ala.

Woodard broke her own Oklahoma school record in the discus with a 190-9 at the Texas Relays on March 28, which currently stands as No. 8 in the NCAA. Woodard is also No. 4 in the NCAA with the 57-9 she unloaded in the shot put at the Aztec Invit. on March 24.