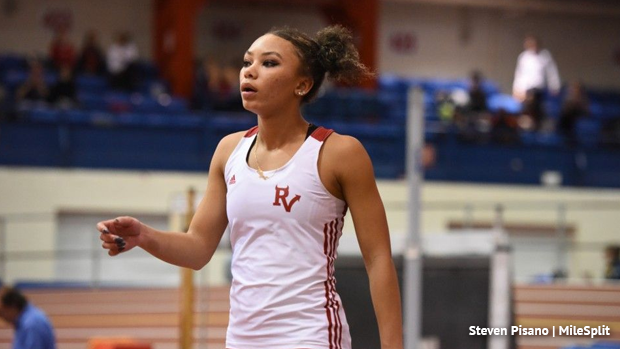 What a night for our New Jersey competitors! Here are the best performances we had to offer Wednesday at the Armory as high school squads and individuals competed to advance to the Millrose Games.

Aliyah Taylor won the Millrose Trials 55 meter dash! She ran 7:23 NJ#3 in the preliminary round and then 7.24 to win the finals by .03 over another New Jersey competitor Aaliyah Vandergrift of Paul VI in second at 7.27 NJ#5. Both of these athletes advance to the Millrose Games. Ciara French of Columbia also made the final placing fifth overall.

East Orange's Dominic Dazzell advanced to the big meet with his second place finish running 6.58 NJ#7. He had another teammate in the final as well with Al-Shadee sAlaam of East Orange placing eighth with 6.73. West Side's Isaiah Green was seventh with 6.69.

Union Catholic destroyed the girls 4x800 meter field with a time of 9:27.45 that ranks US#2 this season and advances them to the Millrose Games!

In the boys race the national rankings were basically rewritten as St. Benedict's Prep finished second to automatically qualify for Millrose clocked in at 7:57.32 US#3. Rancocas Valley was fourth with the time requirement of 7:59.90 US#6, they also advance to Millrose!

The girls side of things had Winslow Twp leading the meet with a 3:58.70, Woodbridge fourth among suburban schools with 4:04.59, and Columbia fifth 4:05.49. They all qualify for Millrose Games. 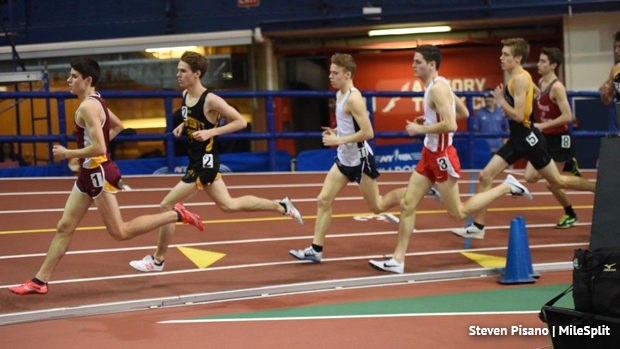 In the girls mile Victoria Vanriele of Governor Livingston broke five minutes for the first time with her fourth place 4:59.87. Union Catholic's Jerika Lufrano also running strong in ninth with 5:06.16.

Northern Valley Old Tappan had a day with two athletes clearing 14-08 and three in the top six finishers. Seth Kricheff won on vaults and teammate Tyler Hrbek was second with the leading heights of the meet. They both move on to the Millrose Games with their place and are now tied for the state lead this season. Their teammate Jona Kim was sixth clearing 13-02.