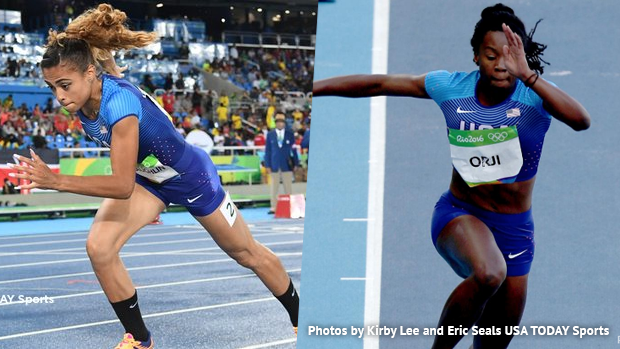 The Bowerman is awarded each year to the top male and female collegiate athletes in NCAA track and field.

This is familiar territory for Keturah Orji who's been a finalist for this award multiple times already. She won national titles in the triple jump both indoor and outdoor last year and was a strong contender in the long jump as well.

For Sydney McLaughlin her college career has already started with a bang, she ran 36.12 over 300 meters at the Hoosier Open in early December placing her sixth all-time in the world. She and fellow freshman Sammy Watson of New York are the first freshmen to ever grace the preseason listings for the award, as stated by Curtis Akey.

Both McLaughlin and Orji competed in the 2016 Rio Olympic Games.