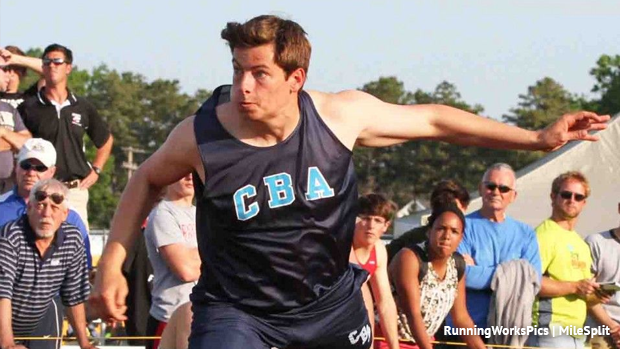 We are opening up a Coaches and Community Corner series for coaches and others in New Jersey to have an outlet available on the site. Our first submission is a written piece from Christian Brothers Academy Throwing Coach Andrew Cusick. Big thanks to Coach Cusick for taking the time to be the first to answer our call for this series. - Robert Kellert

I've been wrong more times than I've been right as a coach. Some examples:

"You're going to win States."

"I think you could place at Nationals."

"You could break the school record."

I was wrong every one of those times. Yet, the conversations I had as a younger coach went more like this:

"Qualifying for Nationals is difficult-one step at a time."

"That record will never be broken."

I was right about all of those.

It seems to me that being wrong is the better option.

At CBA, we've done a tremendous job of cultivating a culture of runners, particularly distance runners, who make up the foundation of our program. They are truly tremendous young men to witness day in and day out.

So when I came back as a coach (I am class of 2006 at CBA and was at one point, a very average javelin thrower), my goal was to elevate the throwers to the level of the distance runners. It took me a couple of years to realize that, if I was going to even come close to doing that correctly, I had to be wrong...a lot. Initially, I got in the habit of prioritizing the kids I thought cared the most. The guys who maybe needed more motivation, to me, fell by the wayside. This was a mistake.

What prompted this change of heart was probably an event in the summer of 2013. One of the junior javelin throwers at the time qualified for Nationals. He was the last man they let in: I believe the standard was 180'0 and his PB was 179'2 at the time, a throw he hit at Shore Conference a month or so prior.

We went in without any expectations. Neither of us had never even been to a National meet. We worked on a few things in the week leading up to the competition. In his first two throws, neither of these things panned out. On his third, he threw 188'2 to win the flight.

After flight 2, he was still in first.

After the seeded flight, he was in 8th. He had made finals at a National meet.

He didn't end up placing. But it was still a triumphant moment: I think he and I realized, at maybe the same time, that all of a sudden incredible things were no longer impossible. And maybe, every kid in the room, and often times especially the worst kid, needs to hear that. 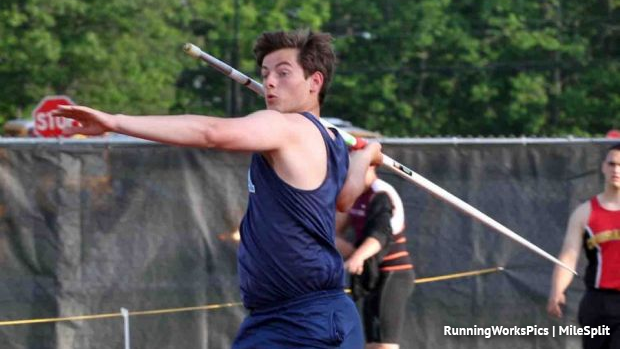 After that I tried being wrong more often. Initially, I was even in conflict with myself. I told kids they could win Group meets, place at MOC, place at Nationals, but deep down, I had doubts. Those doubts led to some choppy ups and downs. Some of these things happened. Most didn't. But slowly, ever so slowly, these conversations started to seep in. All of these guys started to chip away at expectations and slowly, ever so slowly, expect more out of themselves. The frosh got better. The sophs (especially) got better. The upperclassmen started doing special things. It was cool to watch.

I tried my best to embrace the inner romantic. I believed crazy things. I believe crazy things still. Ask any of my athletes: I am sure they are nauseated occasionally by some of the conversations we've had about what they're capable of doing. I don't care. I hope they're nauseated. I recognize I am young and have years of experience yet to form me, but I believe deeply that I'd rather set the bar high and not budge than lower the bar and trip over it. I hope I continue to fail a lot.

I had a conversation with an athlete today. He is doing very well so far in training. I was explaining to him that though I thought he was doing quite well, I believed he was capable of doing far better, and that we'd have to be more studious technically if we wanted to hit that next level. It was an awkward conversation-it is difficult to look at a kid that's doing well and tell him to do better. Sometimes it doesn't land as well as you would hope, and as an occasionally overly direct Irish person, I have to take some responsibility for that. But a few years ago, this conversation would not have occurred, and I have some comfort in that as well, because I know, somewhere down the road, this kid is going to do things that he wouldn't have done had this interaction not occurred.

I hope all of these things happen. I recognize that some may not. All may not. But I guarantee that they have no chance of happening if these conversations don't exist in the first place.

I don't pretend to know a lot as a coach. I do know that the best thing you can ever do is look a kid in the eyes, a kid who may have never had a thing to dream or believe in, and tell him that he's capable of tremendous, incredible things, and that come hell or high water, both of you would do everything in your power to get there. And maybe you get there, maybe you don't. But I do know that you won't get anywhere if that kid doesn't believe he can get somewhere special.

We are opening up a Coaches and Community Corner series for coaches and others in New Jersey to have an outlet available on the site. These can be coaching philosophies, workout tips, creative pieces, historical notes and other things related to cross country or track and field. I think this could be a benefit to all our coaches as a whole, the athletes, and fans something to help in competition or even just to shed some light on the great culture and history New Jersey XCTF has to offer. These can come from coaches, athletes, and those involved with the sport, submissions or ideas can be sent to rkellert@milesplit.com.