We take a look at the sprinting and hurdling event returners and highlight some of the top names we'll see this winter. Full rankings that can go 1,000 deep if necessary are available through links next to each event header.  For all our 2018 Indoor Preview coverage check out our article series here.

One of the more talented athletes returning this season is Akeem Lindo of East Orange Campus who leads both the 55 meter dash and hurdles. In the dash he has a .10 lead over the field at 6.43 and is one of only two athletes to return from last year's Meet of Champions final where he placed fourth. The second returner from that final was Pennsauken's Nahzir Russell, he ranks tied for fifth among non-graduated times with a 6.57.

Four boys come into 2018 at 6.55 or below. Ranked second behind Lindo is Naxier Jenkins of Perth Amboy at 6.53, Desmond Stevens of Lincoln third at 6.54, and Isaiah Bethea of Hamilton North fourth at 6.55.

Other than Rahmir Johnson, Nahzir Russell, and Justin Yazdi who are all juniors the top 15 returners in the state for this event are seniors. 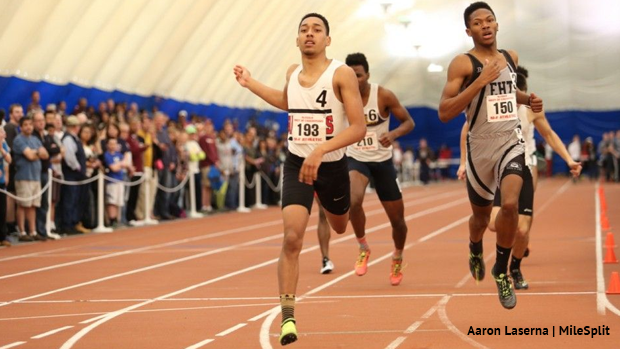 Luke Colehower of Haddonfield leads the way by a large margin on the 400 meter dash returners list. The junior has a banked track 48.75 and won the Meet of Champions last winter running 49.17 at the Bubble. Colehower has been a force since he came onto the scene as a freshman; he placed second at MOCs that season. After a shortened campaign last outdoor season look for a big indoor return from this stud.

Roxbury senior Kevin Sembrat is second among New Jersey returners at this distance, he posted a 49.62 to place sixth at Eastern States Championships.  Spencer Estes of Millburn is third with a 49.67 and Avery Brown closes out times under 50 seconds with his fourth ranked 49.85.

The second best returning boy from last year's MOCs 400 meter is Seton Hall Prep's Nick Parisi who finished seventh with 50.47. He is fifth on the returners list with his seaosn best time of 50.11. 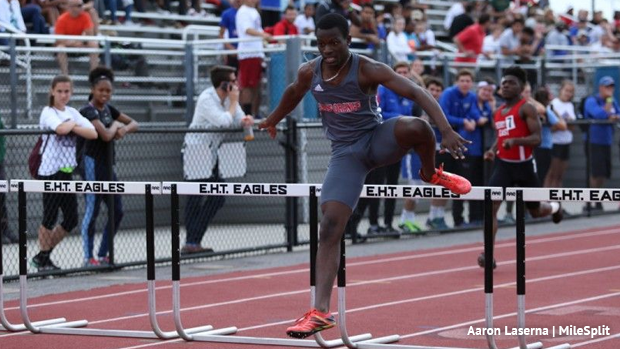 With East Orange Campus teammate Cory Poole off to college Akeem Lindo has the potential to dominate New Jersey hurdles this season. Returning with a 7.36 to his name and ranked fourth in the country the senior is a full .17 ahead of the in state field. He was 10th at last year's New Balance Nationals Indoor competition.

Xavier Smith of West Windsor Plainsboro South returns second overall at 7.53, which he ran at Eastern States Championships for fourth in prelims before taking 12th in the finals. Smith had an uncharacteristic off pace run in his Group 4 prelim during states which unfortunately kept him from advancing to MOCs, which should prove to be extra motivational fire for this senior as we start winter competition.

Returning third in the state is West Side's Isaiah Green at 7.56, a time that won the Hall of Fame Invitational to open the season in 2017. Unfortunately his winter competition was limited and that was his only hurdles race. During outdoors in the 110 meter hurdles he was fourth at MOCs, hopefully we get to see some more of him this indoor.

Lindo's teammate Al-Tariq Dunson ranks fourth among returners at 7.57. He is the only returning athlete from last indoor's Meet of Champions 55 meter hurdle final where he finished seventh running 7.77.

This showcase event makes it's return to the NJSIAA Meet of Champions. Luke Colehower finished second last year running 22.46, he and Avery Brown who was third at 22.47 are the only returners from the MOCs top six. Rahmir Johnson of Bergen Catholic, Antonio Tarantino of Paul VI, Joshua Cadet of Cranford, and Tyriq Bundy of Deptford are all atop the returning 200 meter dash rankings.
Tweets by NJMileSplit