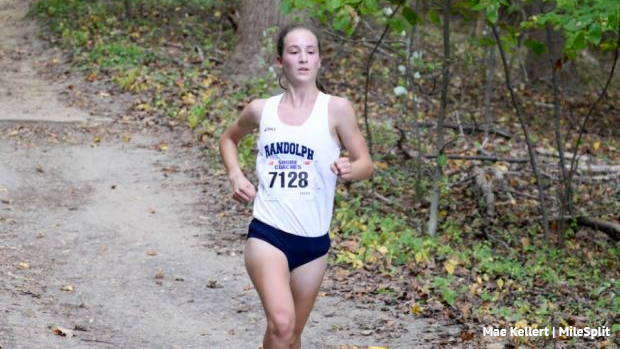 The records for Greystone's new course got shattered once again when Colin Logsdon of Chatham, and the NJ #4 Randolph girls and NJ # 9 Mendham boys burned up the place at Wednesday's Morris County Championships.

Logsdon, who is having a remarkable breakout senior season, won the boys race in a personal best 15:31 to break the former course record of 15:32 set by Chris Romero of Voorhees at the Stewart Memorial Invitational last month. Logsdon was sixth at the county meet last year.

Junior Abby Loveys led the charge for Randolph, which went 1-3-6-11-29, by winning her second straight title in 17:50. The undefeated Loveys set the course record of 17:36 when she won the NJAC Large School title last week.

In the boys team race, Mendham ran a course record average 16:01 and defeated Morris Hills, 51-75, for its second title and first since 2011.

As usual, Mendham used a superior frontal assault to win as its top three runners came across the line before the No. 1 runner for Morris Hills. Mendham went 2-3-7-12-27. Mendham's Jack Stanley and Jack Jennings each ran 15:34 to go 2-3.