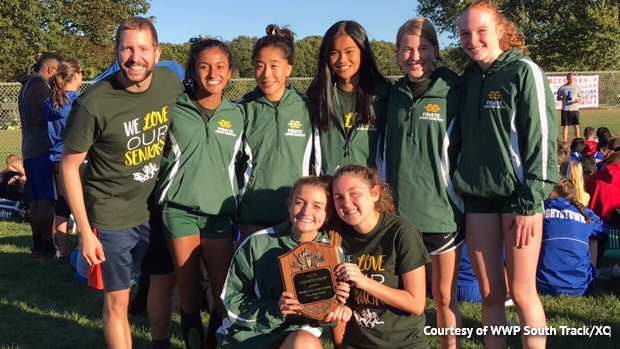 The NJ #4 West Windsor-Plainsboro South girls and Devon Hoernlein of Allentown each made meet history, and the NJ #4 Princeton boys used a 1-2 finish to win a great three-way clash between state powers to capture its second straight title at the Mercer County Championships on Friday at Thompson Park in Jamesburg.

In the girls race, WWPSouth packed five runners in the top 12 (3-4-7-8-12) to runaway with its meet record sixth straight title, 34-93 over runner-up Allentown. The Pirates had shared the meet record for consecutive girls titles of five in a row with Steinert (1987-92).

While WWPSouth was keeping its pack together, no one could hang with Hoernlein, who hit the first mile in 5:40 and opened a huge lead on the way to victory in 18:55. The Pitt-bound Hoernlein, third as a sophomore and was second last year, is the first Allentown girl to win the county title.