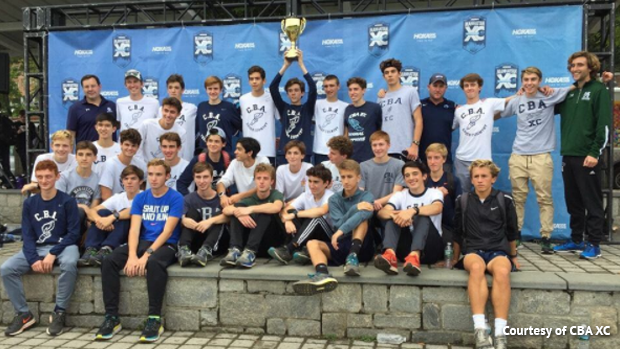 NJ #1 and US #13 Christian Brothers edged US #15 Fayetteville-Manlius of New York to repeat as Eastern States champion, and Alexa Westley became the ninth fastest New Jersey girl ever on the legendary trails of Van Cortlandt Park at Saturday's 45th Manhattan Invitational in the Bronx.

The biggest highlight of the meet came from sophomore Katelyn Tuohy of North Rockland N.Y., who chopped a remarkable 32 seconds off the girls course record when she won the C Division race in 13:21.8. The former record of 13:53.9 was set in 2015 by Jess Lawson of Corning, N.Y.

On the girls side, Westley, a junior at Warren Hills, finished sixth in the girls Eastern States race in 14:29.9 to become the ninth fastest N.J. girl all-time at Vanny. The N.J. record at Vanny is 14:10.4 set two years ago by Briana Gess of Haddonfield.

NJ #2 Kingsway placed seventh with 221 points in the team standings in the Eastern race. U.S. #2 FM won the team title with 22 points.