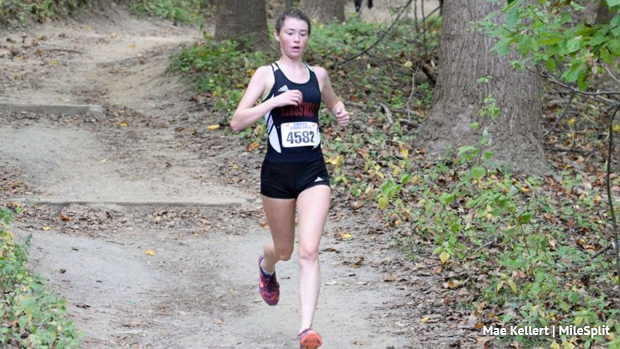 Stone Caraccio and Alexis Mullarkey led the Kingsway boys and girls teams to a Gloucester County Championships sweep! Both winning the varsity races individually and their squads also getting the job done in the team scoring.

The Kingsway girls scored a perfect 15 points, finishing first through fifth. Alexis Mullarkey won individually with the only sub-19 time of 18:59. She was followed by teammates Kylie Anicic 19:29, Lauren Krott 19:39, Allie Pierontoni 19:46, and Ashlynne Burke 19:57.  West Deptford freshmen Corinne Dorsett was the first non-Kingsway girl to cross the line in sixth at 20:00.

A remarkable showcase of consistency, you have to go back to 2014 to see the last time Kingsway didn't win both the boys and girls Gloucester County team titles. For the boys their team streak goes back to 2012 and they have had the individual winner on their squad since past team leader Noah Culbreath won the 2013 meet with a 16:22. The Kingsway girls have fielded the individual champion every year since 2014 when Rachel Vick started the streak with a 19:23.